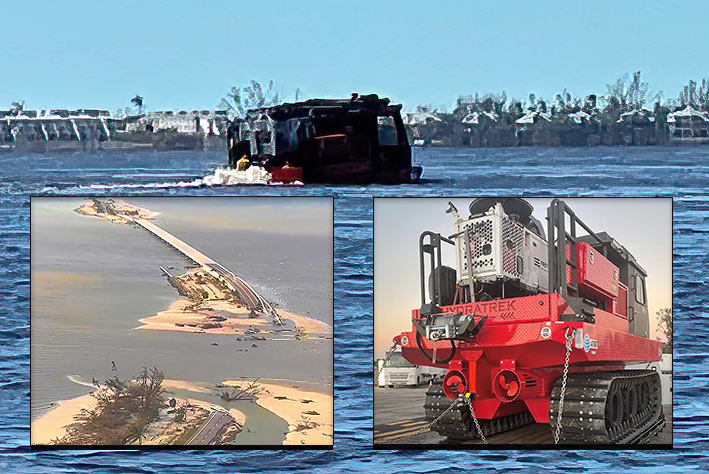 AT&T’s FirstNet team loaded a mobile cell site onto an amphibious vehicle, which is now offshore of Sanibel Island after Hurricane Ian ripped out the only roadway to the island. The carrier provided approximately 180 crews focused on the hardest hit areas in Florida. South Carolina only had five cell sites out of service on Sunday, and the FCC will likely discontinue requiring DIRS reports for the state.

According to the FCC, the cell site outage average on Sunday dropped to 28% in the most affected Florida Counties that saw outages of 20% or higher. Although it’s a severe concern for residents and first responders still performing rescue missions, service had increased considerably since Thursday when half of the state’s cell sites were down. 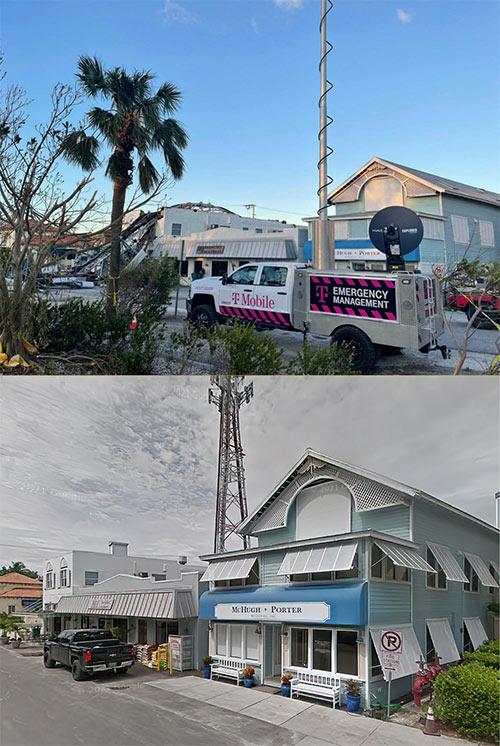 T-Mobile has mobilized a temporary cell site in Boca Grande, FL, to provide coverage after a CenturyLink 155-foot self-supporting tower managed by Vertical Bridge collapsed on E. Railway Ave. The Gasparilla Island cell tower is located about 4 miles north of Cayo Costa, where Hurricane Ian made landfall on September 28 as a Category 4 hurricane. It is the only cell tower out of service due to damage in hard-hit Lee County.

At least 89 people have died from events caused by Hurricane Ian, according to local officials.

On Friday, outages dropped to 43.4%, and Saturday saw a further decline to 32%. (VIEW FULL DETAILS BELOW)

The hardest hit county, Desoto, was still reeling yesterday with 38.5% of its cell sites out of commission, with three sites out due to transport and seven due to power.

Restoration of the power grid has helped to reduce outages. As of noon on Sunday, The utility outages in the affected counties fell to a 56.8% average, from Thursday’s 78.7%. As of 6:00 a.m. this morning, only 5.5% of the state was without power. However, decimated counties with severe cell site outages only slightly decreased to 50.4%.

On Saturday, following their daily report, the FCC removed 34 Florida counties from the Disaster Information Reporting System (DIRS) due to their limited Ian exposure. Those counties in the past have skewed the average percentage of outages in Florida being provided in the FCC’s reports, 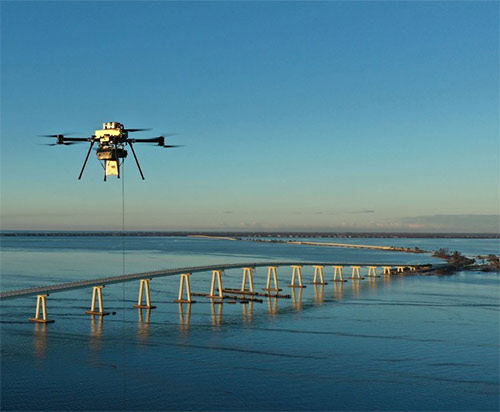 Verizon is using a tethered drone carrying a cell site that is providing service to a 5-7 mile radius around Sanibel Island and the southern part of Pine Island. Verizon is the only carrier detailing its restoration efforts, identifying generator failures, flooded cell sites, and other issues affecting its network conditions.

In their September 29 report, the FCC said that only 10.9% of the state’s sites were out. Although the total provided a profile of hardened networks, the outage percentage in the key affected counties was 49.8%, according to a Wireless Estimator report.

The number of cell sites out on Saturday totaled 751; on Sunday, that total had a marked 41% reduction to 441. Nevertheless, the FCC’s Sunday report identified that the affected areas had an average outage of 5.5% compared to Saturday’s 5.3%.

Although the FCC adopted a ruling for sharing detailed information regarding DIRS’ voluntary submissions in 2021 with state, federal and Tribal nation agencies to improve their ability to respond more quickly to outages by viewing highly secured read-only reports, the general public has no access to the data submitted other than the FCC’s daily reports.

If the agency did, they would be able to fact-check statements from carriers starting to surface today that their networks are fine while many hundreds of cell sites are still down and, in various areas, coverage is non-existent. 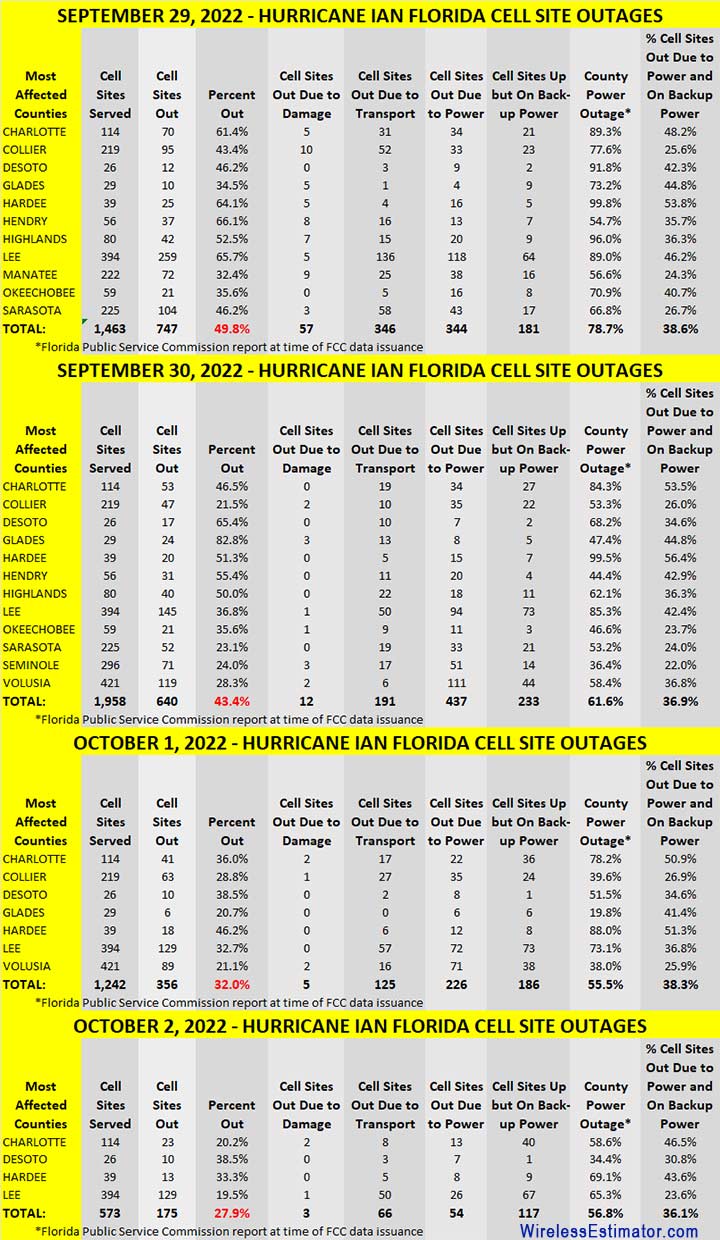