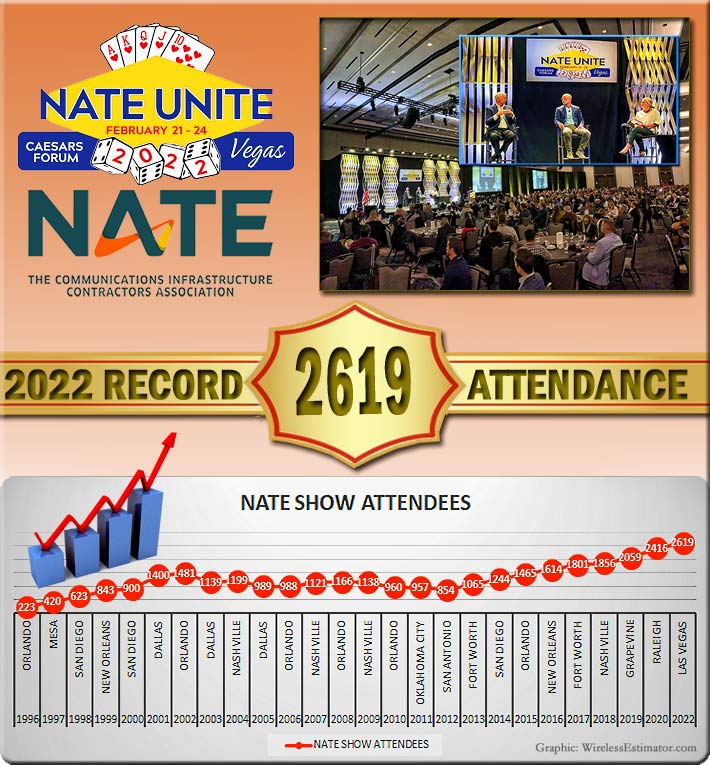 For the ninth consecutive year, NATE: The Communications Infrastructure Contractors Association saw an increase in their annual convention’s attendance at their Las Vegas, NV show last month with 2619 attendees, an increase of over 8% over 2020’s in-person Raleigh, NC event. 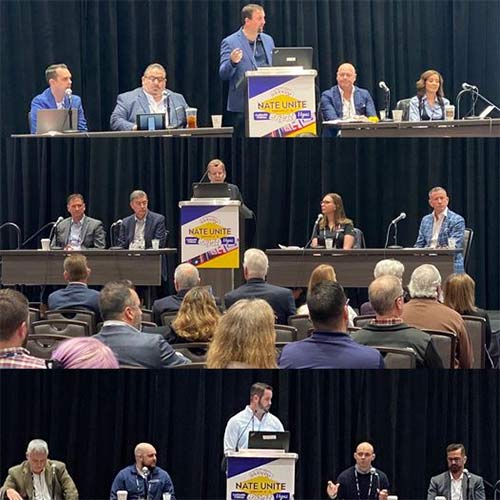 Dozens of presentations, a packed exhibit hall, social events and keynote speeches were enjoyed throughout the four-day conference

NATE’s attendance percentage was considerably higher than many shows that recently saw huge drops in visitors such as the January CES show in Las Vegas that fell more than 70% compared with its previous event two years ago.

Although Las Vegas lifted its mask mandate just days before the NATE UNITE 2022 show, it didn’t provide a marked improvement in attendance since pre-registration numbers appeared to be eclipsing the 2020 Raleigh show, according to NATE UNITE Registration Manager Nikki Gronau.

The show boasts a 45% increase in women attending 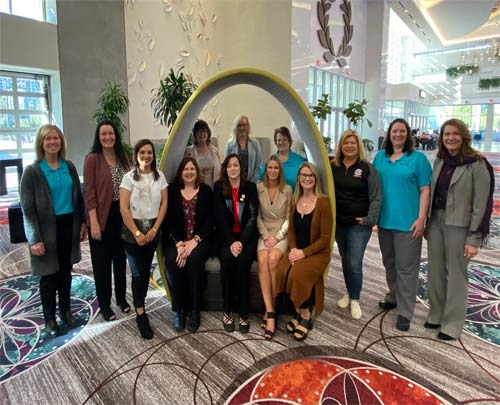 The nation’s most successful wireless infrastructure show also had a record 539 women in attendance, a tribute to the outreach efforts of Women of NATE (WON) and their success in getting the participation of more women leaders in the wireless workforce, and client and support companies. There was a 45% increase in women attending this year’s event, surpassing Raleigh’s 370 registrants.

The show also enjoyed a record number of exhibitors, 164. Many of them informed Wireless Estimator that it was one of the busiest and productive shows they’ve ever attended, as witnessed by the packed exhibit hall.

Close but the Tower Family Foundation gets the cigar

Wireless Estimator ran a contest last week offering $100 to the individual that guessed the final attendance total that was released by Gronau this morning.  Unfortunately, out of 243 guesses, there wasn’t a winner, although one submission was just off by one attendee.

Therefore, the Tower Family Foundation will be receiving the contribution.

NATE UNITE 2023 will be held February 20 through 23, at the Rosen Shingle Creek in Orlando, FL. The 2024 event will be at the Renasant Convention Center in Memphis, TN. 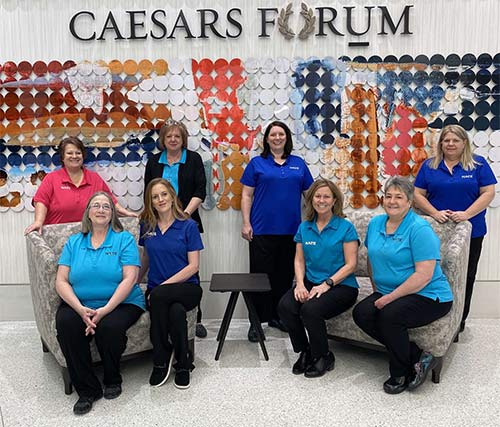 The finely choreographed Las Vegas trade show was a team effort of all NATE staff members with Event Coordinator Shari Wirkus working tirelessly in the background displaying her innate ability to herd cats. 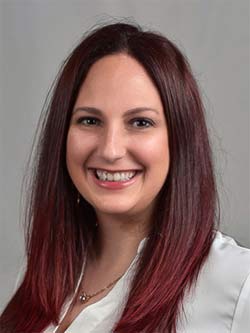 Board of Directors oversight is provided by Board Member Victor Drouin of Green Mountain Communications.