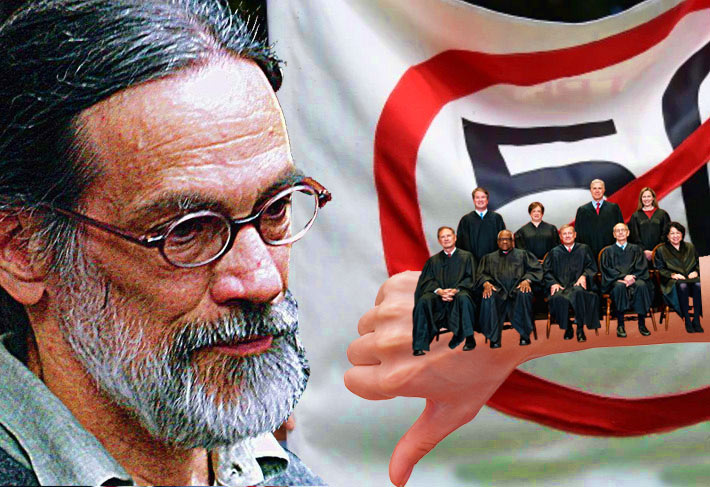 The U.S. Supreme Court on Monday crushed an environmental group’s final attempt to resurrect its constitutional claims alleging that the city of Santa Fe, New Mexico exposed residents to dangerous levels of radiation by installing telecom equipment in public rights-of-way by declining to review the matter.

The Santa Fe Alliance for Public Health and Safety petitioned the high court to review the Tenth Circuit’s decision after it dismissed their First Amendment claim last year because “nothing in the TCA (1996 Telecommunications Act) or the Amendments to Chapter 27 punishes, restricts or prohibits any individual from speaking against radio-frequency emissions.”

The Alliance said their due process was violated and they were prevented from effectively speaking out against the installation of new telecommunications facilities.

“Given the foregoing, the principal flaw in the Tenth Circuit’s opinion is evident: it confuses the ability to speak with the ability to be heard. When a public body is precluded from listening to or even considering what the speaker says, the right to speak is hollow and meaningless,” the Alliance argued in their petition.

The Alliance’s chances of being granted certiorari were slim at the outset. The U.S. Supreme Court typically uses the unwritten “rule of four,” requiring four votes in order for a petition to be granted a review. Over 8,000 petitions are filed each term with SCOTUS for review of lower court decisions, but the Court only grants and hears oral arguments in approximately 80 cases.

The Santa Fe lawsuit was spearheaded by COVID-5G conspiracist and serial litigator Arthur Firstenberg and Monika Steinhoff, a socially engaged artist who wrote in her blog that vaccinated people are shedding toxins to others and if you “put a magnet on to the point where the needle went into the arm: the magnet sticks! There is aluminum in the mix.  And I have further proof of it. And Nanobots. Those in power want this all dismissed as a ‘conspiracy’ theory. Well, it’s not just a theory; it is a conspiracy. The truth will emerge.”

The accepted truth is that aluminum, under normal circumstances, is not magnetic.

Both 5G conspiracists had previously measured the Hotel Santa Fe’s rooftop cell site with their battered meter because they said it was causing them health issues for almost a month. There was no need to since AT&T said that the newly constructed site wasn’t transmitting and would not be operating for at least one to three months later.

In a Wireless Estimator article last May, Lawrence Behr, CEO of LBA Group, a leading RF consulting company established in 1963, mocked the type of meter that was used by Steinhoff and Firstenberg to convince themselves that their purported ills were caused by the AT&T site.

“Often these wackos use these Electrosmog-type meters that have red flashing lights and alarms, frequently triggering at levels thousands of times below recognized government maximum permitted exposure standards. But they make great props for TV and video media in front of people driven by pseudo-science on social media,” Behr said.