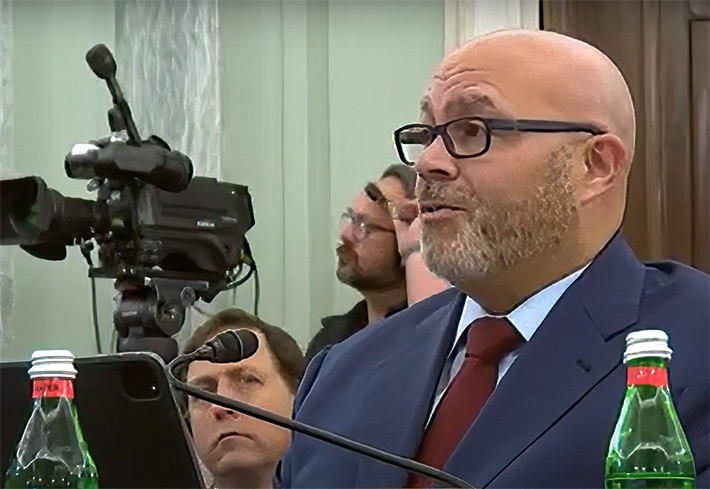 Michael Powell, CEO of NCTA – The Internet & Television Association said he was concerned about the possibility of waste, fraud and abuse

Senators and witnesses assailed the inaccuracies they found in the FCC’s new draft national broadband map during yesterday’s Senate Subcommittee on Communications, Media, and Broadband hearing.

Although last month when the maps were released, the FCC said that they expected inaccuracies. FCC Chairwoman Jessica Rosenworcel said version one was “a beginning, not an endpoint.”

When asked for his opinion regarding the maps, Michael Powell, CEO of NCTA – The Internet & Television Association, and a former FCC chairman, said, “We have to make sure we have a very robust amount of feedback to the quality of the maps to get them improved particularly by the January 13th deadline which is what NT IA has said is necessary as a predicate to distributing the funding in June.”

“I think the second problem I see is, you know, the map is not universally applicable. We have other large federal programs that are not required to use the map. I think that’s potentially problematic, and I think we have a lot of states that will have different versions of the map. We would hope that those get fed into the FCC process, the process to develop a genuinely authoritative map that all of the communities can rely on equally.”

Powell is concerned about ‘waste, fraud and abuse’

In his opening statement, Powell noted, “Ambiguous criteria, poor controls, and grants to inexperienced providers will, as it has in the past, lead to a great deal of waste, fraud, and abuse. In addition, there will be countless new companies formed to enter these markets who will be well-intended but who lack the experience, long-term resources, and staying power to successfully complete and maintain these expensive broadband builds.”

“The grant programs need guardrails that ensure weak providers with low probabilities of long-term success are not excessively favored over companies with a proven track record of building and operating networks.”

Witnesses testifying before the subcommittee emphasized the need to remove or lower hurdles to speedy deployment.

USTelecom President & CEO Jonathan Spalter said in a statement,” From landlords who won’t allow access to or through their apartment buildings to federal agencies sitting on permits for years with no action, much can be done by policymakers at all levels of government to eliminate barriers that deny or delay affordable, reliable high-speed connectivity for all. This should include passing national permitting reform legislation like S. 1113 – The Accelerating Rural Broadband Deployment Act authored by Senators Daines and Kelly, which would create a shot clock for agencies to approve or deny an application within 60 days or the application is deemed granted.”

Video of the hearing is available here.