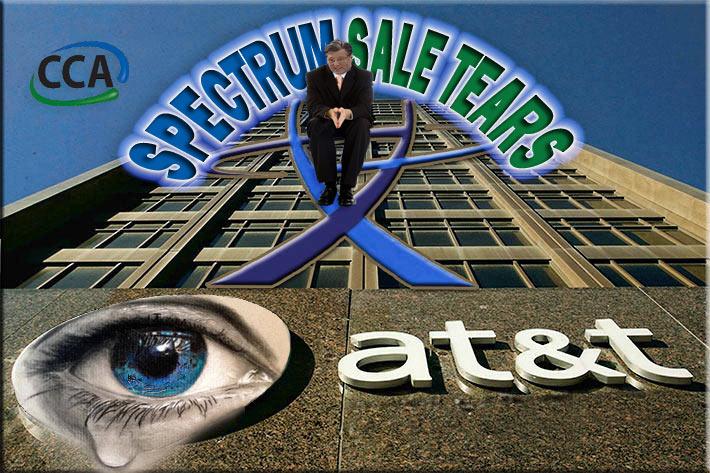 Competitive Carriers Association President & CEO Steven K. Berry wants the FCC to disallow the planned acquisition by AT&T of FiberTower’s 650 terminated licenses. The CCA’s mantra since 2012 has been to suppress the growth of the nation’s wireless duopoly, AT&T and Verizon.

The Competitive Carriers Association (CCA) believes that AT&T will not allow their carrier members to remain competitive if the FCC allows AT&T to acquire bankrupt FiberTower’s 650 terminated licenses.

In a filing with the FCC Wednesday, CCA said that instead of the planned acquisition, the FCC should recover and re-auction the unconstructed spectrum in the 39 GHz band, and potentially the 24 GHz band, for the benefit of wireless providers and consumers.

It’s difficult to tell if AT&T might have acquired it for less than market value, however, since AT&T, in announcing the acquisition in one sentence tucked into a press release about Project AirGig, did not provide any terms of the agreement.

It is not known if Berry would have taken that position if CCA member Sprint’s parent company SoftBank were to pony up the money if it could use the spectrum to bulk up its high-end holdings in advance of 5G?

Or if CCA member T-Mobile saw a reason to acquire it right after they acquired Sprint as rumored, putting their subscriber base equal to their evil twin, AT&T?

T-Mobile had previously petitioned the FCC to reauction FiberTower’s licenses in an auction, citing that it was especially necessary  in view of AT&T’s announcement that it was going to by Straight Path Communications, one of the largest holders of high-band spectrum in the U.S.

They said in April that owning FiberTower and Straight Path’s licenses would give AT&T far too much control over spectrum in the mmW bands and it would clearly threaten competition, innovation and efficiency at a time when the deployment of 5G depends on fostering and promoting those conditions.

But T-Mobile’s concerns before the FCC were mitigated in half when Straight Path announced on May 11 that Verizon was the successful suitor with a bid of approximately $3.1 billion.

Berry said Wednesday that “the FCC should take this opportunity to reclaim and reauction FiberTower’s terminated licenses to reinvigorate the competitive spirit among carriers, promote efficiency, secure additional funds for deficit reduction, and benefit consumers.”

In 2015, CCA urged the FCC to conclude that there is a lack of effective competition in the mobile wireless industry, citing the ever-increasing market power of AT&T as well as Verizon and the “high level of concentration in the wireless market continues to render a finding of effective competition impossible” in the $40 billion market for phone and broadband services.

In 2012, the Rural Cellular Association changed its name to the Competitive Carrier Association, primarily to assist its members in holding their own against Verizon and AT&T.