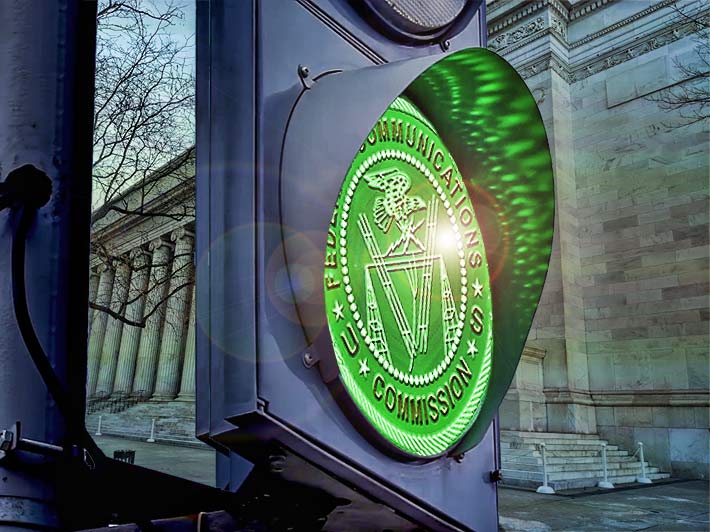 The U.S. Court of Appeals for the Tenth Circuit denied a motion to stay the FCC’s new small cell regulations that take effect Jan. 14, 2019

At the eleventh hour, the U.S. Court of Appeals for the Tenth Circuit yesterday denied a motion to stay the enforcement of the FCC’s September 27, 2018 Declaratory Ruling and Third Report and Order led by FCC Commissioner Brendan Carr. The new federal siting rules for small cells became effective Jan. 14, 2019, according to the order.

A group of cities led by San Jose and the City of New York, challenged the FCC’s September order.

The coalition of cities had originally filed their appeal in the Ninth Circuit, but because multiple petitions for review were filed in other Circuits, the case was assigned to the Tenth Circuit in keeping with the rules creating a lottery for multi-Circuit petitions.

In their short ruling, the Tenth Circuit denied the stay motion. The court concluded that after reviewing all of the petitioners’ statements, they “have failed to meet their burden of showing irreparable harm if a stay is not granted. Accordingly, in the exercise of our discretion, we deny petitioners’ motion for stay.”

You win some, you lose some
In a second order also issued by the court yesterday, the Tenth Circuit granted the cities’ motion to transfer the consolidated petitions for review back to the Ninth Circuit where an earlier challenge to a FCC order is pending.  The FCC most likely preferred it staying in the more conservative 10th Circuit.

Commissioner Carr, in a statement today, said, “Yesterday’s court decision is more good news for U.S. Leadership on 5G. The commonsense reforms the FCC adopted will help ensure that every community sees the benefits and economic opportunities that 5G will enable. And it ensures that needless regulatory roadblocks will not prevent our country’s hard-working telecom crews from building the next-generation networks needed to support 5G. I look forward to continuing our efforts to bring more broadband to more Americans.”

“Thursday’s court decision is great news for NATE-member contractor firms and their technicians who will be on the front line getting 5G deployment to scale,” said National Association of Tower Erectors Executive Director Todd Schlekeway.

In an exclusive interview conducted last month with Wireless Estimator and NATE, Commissioner Carr was questioned as to whether the FCC anticipated the legal petitions following the issuance of the Third Report and Order.

“The FCC historically acts to update our rules every time there’s a new generation of technology. So, for instance, when we went through the process of updating for 4G there were lawsuits filed at that time. In the Fifth Circuit, for instance, the City of Arlington case, that was appealed all the way up to Supreme Court and the U.S. and the FCC won that case.”

“So, there is a history here of whenever the FCC steps in to update and modernize our regulations in light of a new technology, there are lawsuits, and in this case, there were lawsuits filed by cities on the one hand, and a lawsuit by carriers on the other hand that argued we didn’t go far enough. I think all that just supports the idea that we charted a middle course here that’s sufficient and important for the deployment of 5G but didn’t go too far otherwise,” Commissioner Carr said.