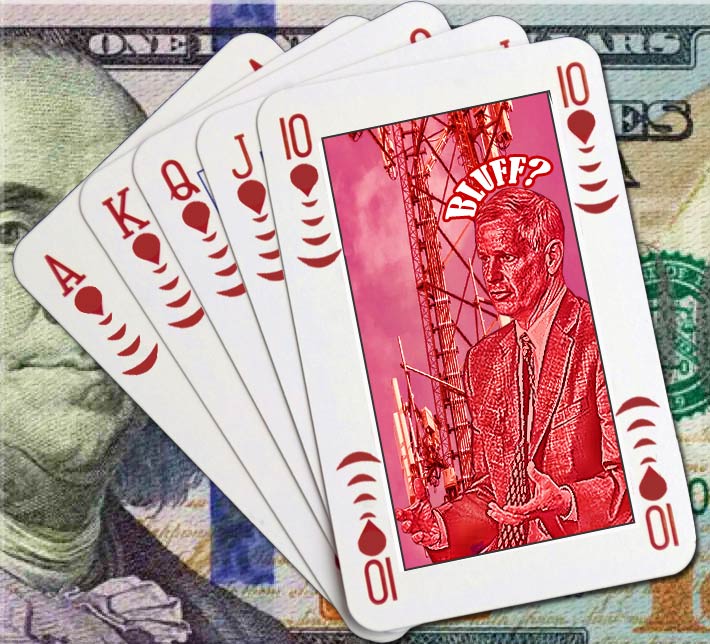 The cards might have been in favor of DISH Chairman Charlie Ergen. It’s possible that it was a bluff, but if a major towerco didn’t agree to modified rates it’s feasible that they were informed that they wouldn’t share in any of DISH’s colocation sites since other companies said they would cover their network deployment needs.

Through the agreement, DISH will secure access to American Tower’s extensive U.S. portfolio of communications sites as it deploys its new nationwide 5G network, and American Tower will enhance its long-term U.S. organic growth trajectory, DISH said in a press statement.

American Tower was the last major player to sign an agreement with DISH.

Although each site agreement announcement by DISH created a PR fanfare, little is known as to what monthly lease rates were agreed to by the towercos, or the actual number of sites that they will be receiving.

Charlie Ergen, a former professional blackjack and poker-playing billionaire who co-founded DISH is known as a hard negotiator and its conceivable that he played vertical realtors against each other to gain favorable rates, putting the industry on notice last November that Crown Castle was the first agreement that they made.

After four additional months of negotiations, DISH now says it has agreements in place to support its nationwide 5G network deployment.

One tower company executive informed Wireless Estimator that DISH was very aggressive in their negotiations to lower lease costs.

DISH’s press releases identify “access to” but it is unknown what the actual number of colocations per towerco will be until the DISH build is well under way. 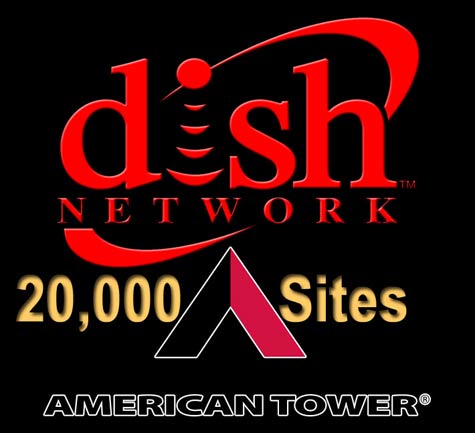 Regarding the American Tower agreement, Dave Mayo, DISH’s Executive Vice President of Network Development said, “Our team has already developed colocation plans for American Tower sites across the country to bring a new generation of connectivity to Americans.”

Steve Vondran, American Tower’s Executive Vice President and President, U.S. Tower Division stated, “We look forward to this agreement evolving into a long-term, mutually beneficial strategic partnership. We believe that our nationwide portfolio of communications sites is optimally positioned to continue to serve as the backbone of today’s critical mobile broadband networks while assuring a meaningful share of new leasing activity in the marketplace.”

Under the agreement, cash lease payments from DISH to American Tower will commence in 2022 and grow over time as DISH’s network deployment progresses. In addition, DISH may lease shared generators from American Tower on select sites and will have the ability to utilize American Tower’s zoning, permitting and other pre-construction services.

During a February earnings call Ergen emphasized his intention to bring 5G online in its first major cities by the end of Q3 2021.

Minimum 15K tower buildout by June of ’23
“This isn’t our first rodeo,” Ergen said, restating his belief in the company’s ability to execute, despite the considerable risks.