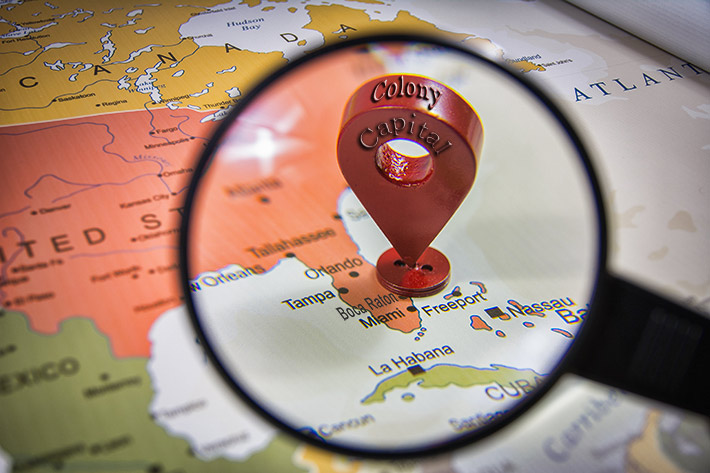 Colony Capital, Inc. announced the relocation of its corporate headquarters from Los Angeles, California to Boca Raton, Florida, effective as of January 1, 2021. In addition, Colony announced the appointment of select corporate officers to new roles as part of its ongoing digital transformation.

Digital Colony, the company’s digital infrastructure investment management business has been based in Boca Raton for over a decade. Colony’s President and CEO, Marc Ganzi, and Executive Vice President and CFO, Jacky Wu, are already based out of Boca Raton, a southeastern coast Florida city that is also the home of SBA Communications a mile and a half away. Phoenix Tower International also has their corporate office in Boca Raton.

The transition is consistent with Colony’s strategic realignment to an exclusive focus on digital infrastructure, which is now greater than 50% complete. The move also supports management’s ongoing focus on streamlining the company’s corporate structure and realizing G&A savings.

Select corporate personnel and activities will transition to Florida, while the Company maintains its Los Angeles office to support its investment and corporate operations.

“We are excited to strengthen our presence in Florida and make Boca Raton our official global headquarters,” said Ganzi. “The move reflects our business transformation and centers the business around our core digital infrastructure platform. Making this move improves efficiency, collaboration and cost-competitiveness, while providing an exceptional work environment for our employees. We will continue to have a meaningful presence in Los Angeles, with many key executives and staff based there.”

On December 30, 2020, the company completed a series of personnel changes as part of its ongoing digital transformation. The Board of Directors appointed Sonia Kim as the Company’s Chief Accounting Officer, effective January 1, 2021. Ms. Kim has been with Colony since 2008 and prior to this appointment served as Managing Director, Finance & Accounting.

Neale Redington has been appointed Chief Financial Officer of the Company’s non-digital businesses and Brian Lee has been promoted to Corporate Treasurer.

“I am very pleased that these three accomplished executives have agreed to assume new roles and responsibilities as part of our digital transformation,” said Wu. “Sonia has been with us for over a decade and the appointment is well earned. Neale’s new role will bring greater focus to the crucial task of managing our legacy businesses and Brian will add treasury oversight to his existing role as Head of Corporate Finance.”