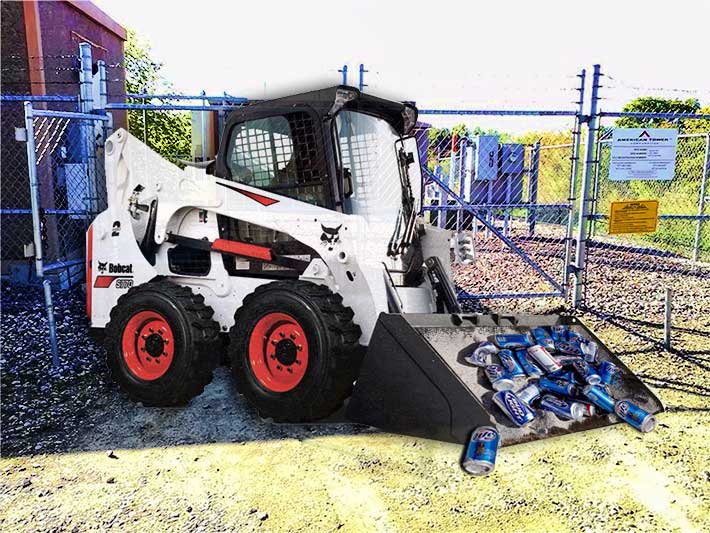 Over the years, cell site techs have been shot at with handguns, rifles and even arrows, but a new worksite violence wrinkle occurred Tuesday morning at a rural site in Dassel Township, Minnesota when a 67-year-old man weaponized a Bobcat skid loader because he was upset that the men were working where he could see them from his nearby home.

The Meeker County Sheriff’s Office says John Forsen is in custody after he threatened cell site workers with a skid loader.

The men were installing conduit at an American Tower Corp. guyed tower site off of 240th Street when Forsen approached and was ready to take them on as matadors.

Forsen allegedly used the Bobcat in an attempt to overturn equipment the workers were using and also threatened to overturn their work trucks, the sheriff’s office said.

When deputies arrived, they found Forsen returning to his house. He was stopped and deputies determined he was under the influence of alcohol.

Forsen reportedly told deputies that he was upset the workers were out on the site, so he confronted them.

He was arrested on charges of 2nd Degree Assault, Disorderly Conduct and Driving Under the Influence.