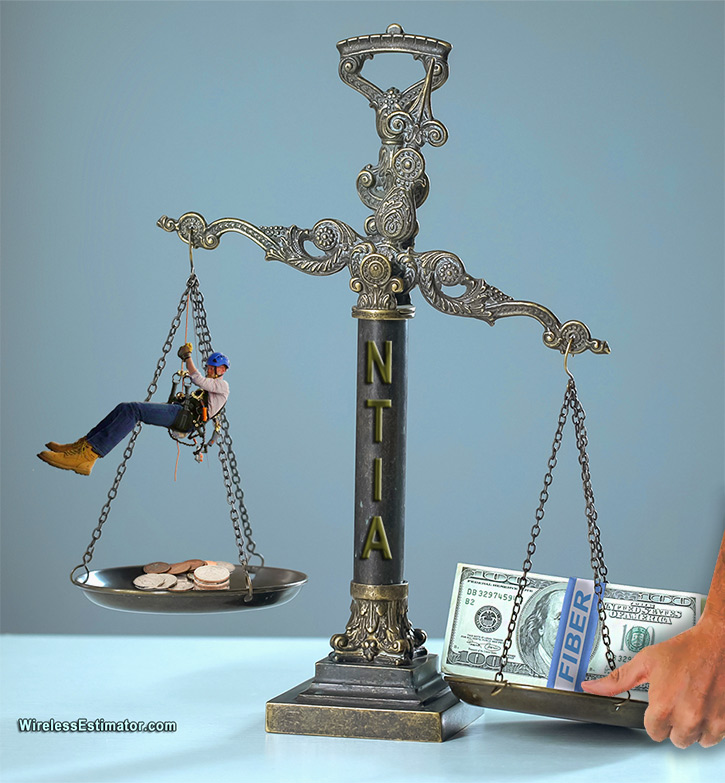 FCC Commissioner Brendan Carr castigated the Commerce Department for putting “too much of the thumb on the scale for fiber builds that provide robust service but can take years to build out in certain cases.”

FCC Commissioner Brendan Carr said that the U. S. Commerce Department’s National Telecommunications and Information Association (NTIA) was being myopic with fiberoptic when it released its new rules that will govern the expenditure of $42.5 billion in grants authorized by Congress in the 2021 Infrastructure Investment and Jobs Act.

Carr is concerned that the NTIA’s guidelines are not focused on delivering on what was anticipated to be a bipartisan goal.  Instead, he believes those rules deviate from the statute by preferencing one technology over another, heading down the path towards rate regulation, and otherwise wasting taxpayer dollars by pursuing extraneous political goals that will leave families waiting on the wrong side of the digital divide.

It was revealed on May 16, 2022, that the Biden administration favored fiber over other technologies, possibly kicking wireless contractors to the curb.

Associations were swift in letting their concerns be known, and many of their members questioned NTIA Administrator Alan Davidson’s motivation for championing fiber. 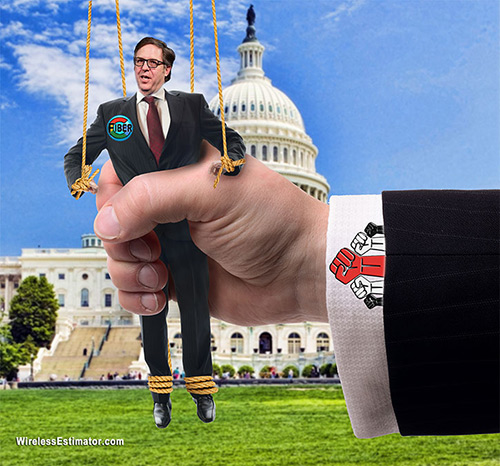 Industry observers questioned why NTIA Administrator Alan Davidson prioritized fiber in what was required to be a technology-neutral funding opportunity.

“While I have been pleased to see the broad, bipartisan support for extending affordable, high-speed Internet services to every American, the Commerce Department’s rules governing the expenditure of $42.5 billion in broadband grants will undoubtedly waste taxpayer dollars and leave families waiting on the wrong side of the digital divide,” Carr said in a statement.

“The Commerce Department’s rules do this by effectively negating the bipartisan decision Congress reached in the Infrastructure Act to refrain from picking winners and losers when it comes to the technologies that can deliver robust, high-speed Internet services. Indeed, the Infrastructure Act’s lead drafters made clear that the statute does not favor particular technologies or providers.Yet the Commerce Department’s rules are biased in favor of one technology and one set of providers.”

“Indeed, we have a range of next-gen technologies that can offer robust, affordable, high-speed Internet services—from 5G to fixed wireless to a new generation of LEO satellites—that can reach unconnected families virtually overnight. But the Commerce Department’s rules will prevent states from funding projects that could quickly bridge the digital divide using those high-speed technologies in nearly all cases—putting too much of a thumb on the scale for fiber builds that provide robust service but can take years to build out in certain cases,” said Carr.

He noted that fiber is a great technology, and it should continue to be widely deployed and broadly supported, but time matters and a build completed years from now will not help a family that needs a robust, high-speed connection today.

The fiber decision might be a big topic at Connect [X]

The Wireless Infrastructure Association’s Connect [X] show this week is likely to have some panelists touch upon the NTIA’s goals.

“WIA supports NTIA and the Administration’s laudable goal to provide broadband for all. It is hard to reconcile the NOFO’s explicit preference for one broadband technology with the requirement in the law for technological neutrality,” said Adelstein.

There have been a number of unsupported theories as to what provided the motivation for Davidson to do a technology-neutral about-face and prioritize fiber.