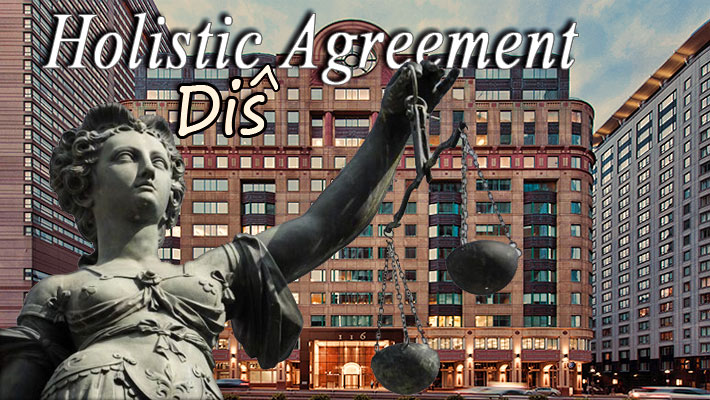 In a lawsuit made public on Monday by AT&T Mobility LLC in Delaware Chancery Court, the carrier is alleging that American Towers LLC is not complying with amendments to leasing agreements for many thousands of towers that AT&T co-locates upon.

In the complaint, AT&T is requesting the court to enforce what it believes is a binding agreement, that ATC disagrees with.

On July 1, 2010, the lawsuit states, both parties signed a “holistic agreement” that was to simplify a historically complex relationship of various licenses, leases, subleases and other agreements concerning occupancy of ATC’s sites, with many of the agreements containing dissimilar terms.

The agreement established a formula for calculating AT&T’s current and future rent, also known as a license fee. The key component of the contract was for both parties to be able to identify how many of the leases, licenses and other agreements were still “in effect” on Jan. 1, 2016.

AT&T and ATC reportedly executed an agreement where they agreed to modify the expiration of a number of sites, redacted in the complaint. Those sites, expected to be in the thousands, based upon ATC’s more than 40,000 U.S. towers, were defined under the holistic agreement as “prepayment sites” most of which were considered by AT&T to expire in 2012.

In the complex set of agreements, a separate agreement, the “letter agreement”, had the parties agree that each prepayment site would expire on a specific date, sometime after Jan. 1, 2016.

Based on that agreement, AT&T said in its lawsuit that the prepayment sites were “in effect” on Jan. 1, 2016, and “must be factored into the license-fee calculation” that was in the holistic agreement.

ATC disagreed and has refused to honor the letter agreement, according to AT&T, and believes that the agreement was just a “preliminary” agreement, and the prepayment sites expired before Jan. 1, 2016, and should be excluded from the license-fee calculation.

AT&T wants the court to rule that the holistic agreement and letter agreement must be construed together and the prepayment sites must be included in the license fee’s calculation under the agreements.

After reviewing the complaint, Steel In The Air President Ken Schmidt informed Wireless Estimator that ATC is claiming that the letter agreement isn’t binding for two reasons.

“First, under American Tower’s interpretation, the lease payments made by AT&T starting in 2016 are higher for the non-excluded leases if the subset of collocation leases are excluded from the formula. Second, that if the court finds in favor of American Tower, some unknown number of American Tower leases will be deemed expired giving American Tower more leverage over AT&T in their further negotiations for the entire portfolio,” Schmidt said.

However, he noted that there is the possibility that if the court finds in favor of AT&T, the letter agreement will be deemed to be in effect and “the leases will be considered extended per the formula and AT&T’s collective lease rate, on a subset of towers, will be considered lower giving AT&T more strength in the negotiation.”

And the beat the lease down goes on
The lawsuit is another row in the souring AT&T/ATC relationship.

AT&T has been vocal about their need to reduce their lease rates charged by the nation’s towerco’s.

In 2016, AT&T’s SVP of wireless network design, Tom Keathley, said that the carrier was concerned about escalating rental rates that were not “sustainable”. Bill Hogg, AT&T’s president of technology operations, echoed the message, stating that the tower model is “not really sustainable”.

Ever since then there has been a full-court press by AT&T to put pressure upon ATC and other companies to reduce their rates.

In 2017, AT&T and Verizon threatened the big three towercos in their announcement that they had formed a joint venture with Tillman Infrastructure to collocate on a Tillman build-to-suit tower near an existing structure where they are currently a tenant.

Last month, ATC fought back by requiring all of its contractors to sign an agreement that they would not build a site for a competitor within one-half-mile of one of their existing macro towers or they would no longer allow them to be a qualified ATC contractor.

Verizon challenged the move, stating that it was designed to “create an environment that fosters more competition in the industry, rather than less,” and was exploring legal measures.

AT&T reportedly put pressure upon ATC to withdraw the demand letter to contractors since it could prove to stymie broadband development and ATC backed off.