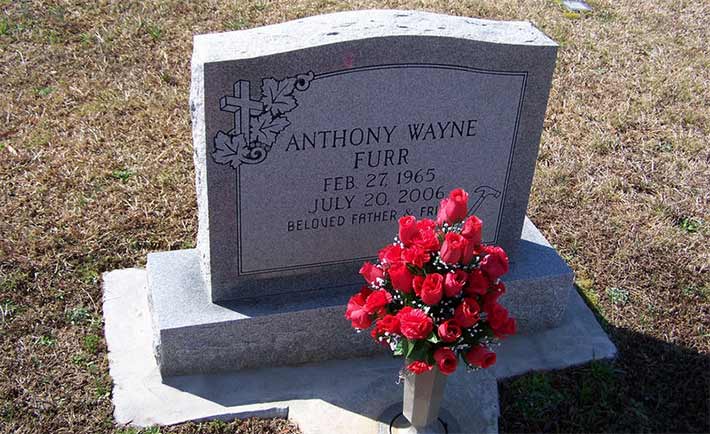 After a Charlotte, N.C. police officer ten years ago shot and killed an AFL Network Services tower technician, Anthony Wayne Furr, 41, while he was working in a Sprint equipment shelter, the officer said he was in fear of his life and was exonerated.

Sadly, following Tuesday’s killing of 43-year-old Keith Lamont Scott by police, Furr’s children will revisit the memories and horror of their dad’s killing as Charlotte attempts to restore order to the riot-torn city.

It also brings out the stark differences as to how Furr’s and Scott’s shootings were investigated by the Charlotte-Mecklinburg Police Department (CMPD) in the first days following the men’s deaths. 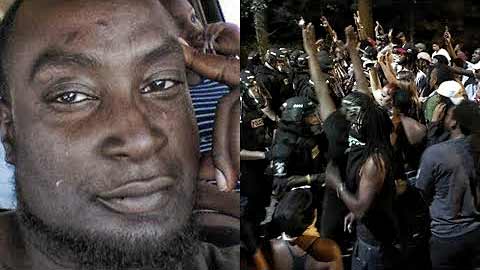 Hundreds of protestors rioted in Charlotte after police shot Keith Lamont Scott. A thorough investigation has been promised by the CMPD and the state’s SBI. When tower tech Anthony Wayne Furr was killed by Charlotte police there was no outrage, no investigation by the SBI, and the truth was stymied when the city paid $700,000 to Furr’s estate.

Furr had been working in the early morning hours of July 20, 2006 in the equipment building off of Albemarle Rd. when a 911 caller reported suspicious activity around the tower. Furr’s truck, clearly marked with AFL Network Services’ logo, was parked outside.

The CMPD said officer Anthony Payne entered the brightly lit building and Furr pointed a gun at him and refused multiple commands to drop it.

Although authorities said Furr may not have been able to hear the directives over the noise of the building’s air conditioner, Furr should have seen the officer’s uniform before Payne was forced to shoot him. Police told the media that Furr’s gun was found at his side. It was later found that it was discovered outside of the shelter.

On October 26, 2006, CMPD Chief Darrell Stephens said the Charlotte-Mecklenburg Police Department’s investigation into the death of Furr was finished and Payne’s actions were justified.

Both officer-involved shootings are in deep contrast with each other because of the lack of any eyewitness or video testimony regarding the Furr death versus videos and testimony that are coming forward with the Scott killing.

The common denominator is the possession of a weapon that caused both officers to be in fear of their life. The differences regarding how the two shootings were being investigated and the resulting outrage of those effected by the deaths are numerous.

When Furr was shot, a couple of North Carolina newspapers carried the story, but it was below the fold or in an inside section and wasn’t picked up by national media. In an Associated Press article in the Henderson Times-News, police spokesman Keith Bridges said, “It’s horrible, it’s a tragedy. We’re trying to look at all things we can to provide any possible explanation for why (Furr) reacted the way he did.”

It was obvious that Bridges was convinced that it was a justified shooting provoked by Furr before the investigation was a day old.

At the time of Furr’s death, Twitter had only been in existence for five days. FaceBook was just coming of age, and there was little opportunity elsewhere for questioning the shooting.

Within minutes of the Scott shooting which took place at an apartment complex approximately seven miles away from the cell site Furr was working at, Scott’s daughter live streamed video on Facebook, stating, “The police just shot my daddy four times for being black. They tased him first and then shot him.”

She also said that Scott was reading a book in his car while waiting for his son to be dropped off by a school bus.

Those comments helped to ignite the riots.

Yesterday, CMPD Chief Kerr Putney said, “it’s time to change the narrative. Because I can tell you from the facts, that the story is a little bit different as to how it’s been portrayed so far, especially through social media.”

Putney said “I can tell you a weapon was seized, a handgun. I can also tell you we did not find a book that was made reference to. We did find a weapon, and the witnesses corroborated it too, beyond just the officers.”

However, when Furr was killed, Chief Stephens was noticeably quiet while the shooting was being investigated, although he had numerous requests for statements.

Murray said that under state law, he is required to ask the SBI to investigate if he gets a request from the family of a person killed with a firearm by an on-duty officer.

The CMPD can also ask the SBI to assist with the investigation.

It is not known whether Furr’s family made a similar request, but numerous other people did. Chief Stephens’ reply was that his department would handle the matter internally and he would not utilize the services of the SBI that could have assured public and police confidence.

At that time, Mecklenburg County District Attorney Peter Gilchrist also insisted that it wasn’t necessary to call in the SBI

The lawsuit alleges that Furr may have thrown the gun outside the cell tower’s equipment building in a gesture of surrender before Payne shot him.

According to the complaint, Payne fired at Furr from outside the building. The suit states that Payne “ducked behind the wall of the open door, reached around the door frame with his right hand and blindly fired three rounds” at Furr. One bullet struck the door Payne was hiding behind and two others struck Furr.

The lawsuit also stated that tower tech lives matter, and alleged that the CMPD failed to advise patrol officers of the legitimate late night employment activities of tower technicians and the need for use of restraint when encountering or investigating such persons at jobsites in the early morning hours. 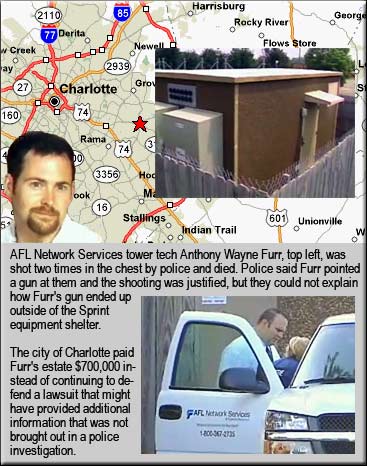 However, additional details will most likely never be known since the city of Charlotte paid $700,000 to the estate of Furr in January of 2014 to avoid a protracted jury trial, and a possible appeal if they lost.

Scott was previously convicted of assault with a deadly weapon, driving while intoxicated, carrying a concealed weapon, simple assault and contributing to the delinquency of a minor. He was also charged with aggravated assault in 1992 and assault with intent to kill in 1995.

He was released from prison in Texas in 2011 after spending seven years on a conviction of aggravated assault with a deadly weapon. He was also charged with numerous other offenses, according to the Charlotte Observer.

Furr had no criminal record, according to CMPD investigators.