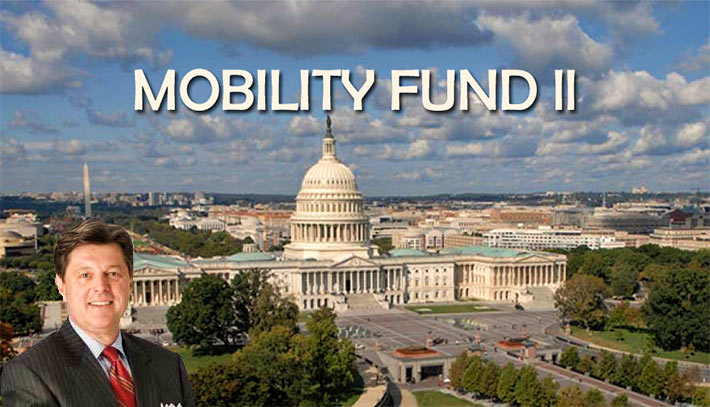 Steven Berry, President & CEO of the Competitive Carriers Association, believes that the FCC’s Mobility Fund ll is headed in the wrong direction.

In a letter yesterday to Federal Communications Commission Chairman Ajit Pai, 18 wireless carrier CEOs urged the Commission to revise its Mobility Fund II (MFII) plan to ensure sufficient, predictable support for the preservation and deployment of wireless networks. Competitive wireless carriers depend on Universal Service Funding (USF), in addition to their own capital resources, to provide comparable service to their consumers in rural areas, and the FCC’s current plan, based on unreliable coverage data, will significantly harm the businesses and consumers that USF is intended to benefit.

In a statement, Competitive Carriers Association President & CEO Steven K. Berry said, “This letter makes clear that the FCC’s Mobility Fund II current plan is headed in the wrong direction.  Eighteen wireless carrier CEOs – who are out ‘on the front lines’ each and every day trying to run their businesses and bring the best possible services to their customers – are seriously concerned that the FCC’s current plan for MFII will undermine their hard work serving areas that would have gone unserved absent their investment and USF support.”

“The Commission is relying on inaccurate and inconsistent information to determine areas that will be eligible for MFII support, and I strongly encourage the FCC to perform a thorough review of its data and utilize the most accurate measurement analysis to identify coverage gaps.  We know that private companies, many that are CCA members, offer the ability to test coverage with greater accuracy and contemporaneous information than the FCC’s current methods.  It would be irresponsible for the Commission not to utilize these methods.”

Most alarming, particularly for rural wireless consumers,  Berry said, is the Commission’s intent to immediately slash legacy USF in many areas where services consumers enjoy today could be reduced by a flash cut of support.

Berry noted that rural areas are some of the most difficult to serve, and putting these funds “on the chopping block: will directly impact carriers’ abilities to continue service and will harm consumers that live in or visit these areas.

“As these CEOs noted,” Berry said, “a flash-cut is fiscally irresponsible, especially given the amount of budgetary planning required to maintain and build out networks.”

“The Commission’s goal to close the digital divide is a laudable one, but its plans for MFII pose serious concerns for competitive wireless carriers.  I encourage the Commission to follow Congress’ directive and revise MFII to ensure sufficient, predictable support for the benefit of the industry and consumers.”

Pai is not enthusiastic about the fund. In an article he wrote in a blog earlier this month, Pai said, “Right now, the federal government spends about $25 million of taxpayer money each month to subsidize wireless carriers in areas where private capital has been spent building out networks. This is perhaps a textbook definition of waste: public funds being spent to do what the private sector has already done.”

“Three weeks from now [February 23], we will vote on redirecting that spending to something far more useful: bringing 4G LTE service to rural Americans who don’t have it today. I am proposing to couple our detailed coverage data with a robust challenge process to identify the areas most in need of service. And I propose using a competitive ‘reverse auction’ to allocate this support to preserve and extend 4G LTE coverage throughout our nation,” Pai wrote.