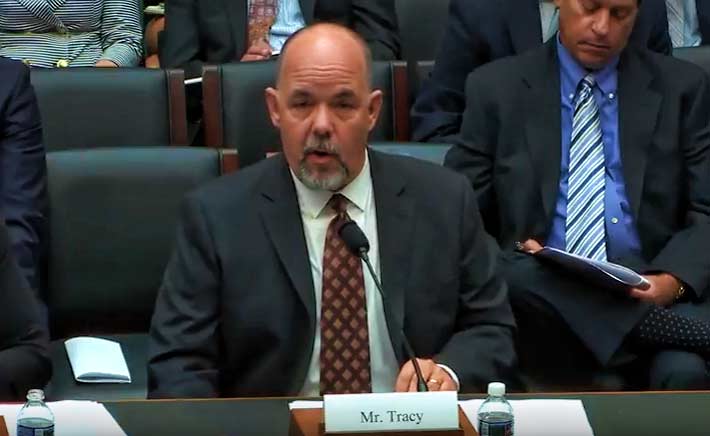 NATE Chairman Jim Tracy emphasized the role that tower technicians perform in maintaining America’s communications. Jim Goldwater, at right, NATE’s Legislative and Regulatory Affairs Director, said the hearing provided a forum to discuss some of the NATE safety resources, industry standards and workforce development initiatives that are available to the marketplace to help support a safe and efficient broadcast repack.

The subcommittee, chaired by Rep. Marsha Blackburn (R-TN), conducted the hearing (video below) entitled “The Broadcast Incentive Auction: Update on Repacking Opportunities and Challenges” in the Rayburn House Office Building.

The Federal Communications Commission (FCC) is in the midst of reorganizing broadcasters into remaining TV bands following the spectrum incentive auction earlier this year. Thursday’s Subcommittee on Communications and Technology hearing provided members of Congress the opportunity to receive an update on the FCC’s repacking process.

“The broadcast incentive auction empowered broadcasters, businesses, networks, and consumers to play a role in the way that our nation makes spectrum allocation decisions, and it successfully cleared 84MHz of spectrum while raising $19.8 billion in bids. It is critical the FCC works expeditiously to repack the remaining broadcasters without disruption to consumers. I look forward to receiving an update on our continued efforts to usher in a new era of wireless broadband,” said Chairman Blackburn, before testimony began.

In his opening comments, Tracy, said that NATE partnered with the American National Standards Institute and the American Society of Safety Engineers to finalize and implement the first comprehensive safety standard encompassing the entire tower construction, service and maintenance industry.

He also noted that the National Wireless Safety Alliance, a broad coalition of industry experts of which he was the founding president, has established a comprehensive program to ensure ANSI accredited  tower technician certification and credentialing as a means to enhance safety, increase workplace accountability, reduce risk, improve quality and encourage training.

“Through these and other efforts, we are building, maintaining and modifying communications towers faster and more safely than ever before. But there is one inescapable fact: there are not, at present, enough qualified workers to perform all the tower work we will be required to complete,” said Tracy. 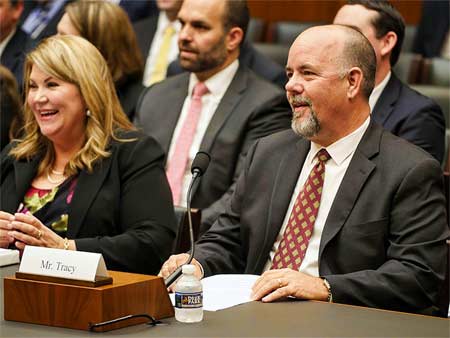 In addition to Tracy, other witnesses invited to address the subcommittee were: