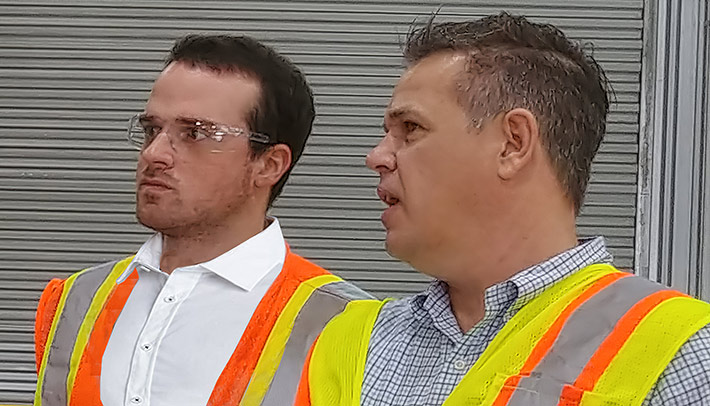 UPDATE: September 30, 2019 –  In the FCC’s official statement announcing that FCC Chairman Ajit Pai has appointed Evan Swarztrauber as his policy advisor, Pai said,  “I’m pleased to have Evan join our team. Having served in Commissioner Carr’s office, he brings a wealth of experience on telecom issues and is well positioned to advance our policy agenda.”

Commissioner Brendan Carr said,  “Evan did great work on a range of policy initiatives—from media modernization and cable franchise reform to wireless infrastructure and workforce development. He has a knack for communicating complex and technical issues in a way that makes sense to everyday Americans while building support from a variety of stakeholders.  I’m glad the FCC will continue to benefit from his service.”

Chairman Pai also thanked his outgoing policy  advisor Nathan Leamer for his work:  “Nathan was a key member of our team and played an important role in all that we’ve been able to accomplish over the last two-and-a-half years.  I wish him well in his new endeavors.”

September 27, 2019 – FCC Chairman Ajit Pai has appointed Evan Swarztrauber as his policy advisor. He replaces Nathan Learner who has left the FCC. The official announcement is expected to be released Monday.

“During his tenure in Commissioner Carr’s office, Evan prioritized visiting tower sites and spending time with NATE member companies around the country. Evan possesses a keen understanding of the prominent role that wireless infrastructure, the technician workforce, training and certification will play in the deployment of next generation technology and networks. NATE and our 910 member companies look forward to continued collaboration with Evan in his new role,” added Schlekeway.

Swartztrauber attended NATE UNITE 2019 along with Pai and Carr last February, and heard first hand from tower techs, company owners, and suppliers about some of the challenges the industry is facing in rolling out 5G.

He also interviewed Women of NATE members Miranda Allen and Andy Lee in a FCC podcast.

Swartztrauber joined the FCC from TechFreedom, where he was Director of Public Affairs. In that role, he worked on a wide range of issues, including media ownership, video competition, and the broadcast incentive auction.

He also managed the organization’s communications and outreach teams, and represented the organization in a diverse array of coalitions. Additionally, he co-founded and hosted the Tech Policy Podcast since its launch in January 2016,  and has written articles and conducted interviews on a variety of tech policy matters.

Prior to his work at TechFreedom, Swarztrauber served as a communications staffer in the New York State Assembly, and he worked on various political campaigns in New York City. He received his undergraduate degree from George Washington University.