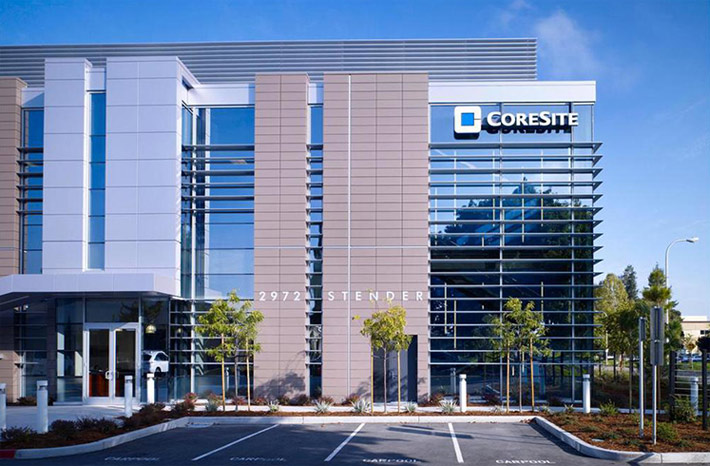 American Tower Corporation and CoreSite Realty Corporation today announced that they have entered into a definitive agreement through which American Tower will acquire CoreSite for $170.00 per share in cash. The total consideration for the transaction, including the assumption and/or repayment of CoreSite’s existing debt at closing, is approximately $10.1 billion. The transaction, which was unanimously approved by the boards of directors of both companies, is expected to create a differentiated, comprehensive and interconnected communications real estate platform optimally positioned to benefit from the convergence of wireline and wireless networks amid accelerating global 5G deployments.

CoreSite, which as of Q3 2021 consisted of 25 data centers, 21 cloud on-ramps and over 32,000 interconnections in eight major U.S. markets, generated annualized revenue and Adjusted EBITDA of $655 million and $343 million, respectively, in Q3 2021. CoreSite has averaged double-digit annual revenue growth over the past five years and is led by a seasoned management team that has established leading positions and a critical presence with cloud service providers, positioning the business well for future organic growth. American Tower expects to leverage its strong financial position to further accelerate CoreSite’s attractive development pipeline in the U.S., while also evaluating the potential for international expansion in the data center space.

The transaction is also expected to be transformative for American Tower’s mobile edge compute business in advance of the proliferation of 5G low-latency applications throughout the cloud, enterprise and network ecosystems, establishing a converged communications and computing infrastructure offering with distributed points of presence across multiple edge layers. With increased scale and a broadened, more comprehensive offering, American Tower and CoreSite expect the combined company to be well-positioned to address evolving customer needs through an enhanced value proposition for network and cloud providers, service integrators and enterprise customers.

By combining the capabilities, talent and resources of American Tower and CoreSite, the combined company will be even better equipped to deliver superior service and expanded solutions to customers. This transaction brings together American Tower’s wireless connectivity at the mobile edge and CoreSite’s highly interconnected data center facilities at the core edge to create an extended edge for our customers that can seamlessly support high performance, low-latency applications. In addition, with American Tower’s global footprint, the combined company will be positioned to support customer’s needs in additional markets.

Tom Bartlett, American Tower’s Chief Executive Officer stated, “We are in the early stages of a cloud-based, connected and globally distributed digital transformation that will evolve over the next decade and beyond. We expect the combination of our leading global distributed real estate portfolio and CoreSite’s high quality, interconnection-focused data center business to help position American Tower to lead in the 5G world. As the convergence of wireless and wireline networks accelerates and classes of communications infrastructure further align, we anticipate the emergence of attractive value creation opportunities within the digital infrastructure ecosystem. We look forward to welcoming CoreSite’s talented team to American Tower and working together to capitalize on those opportunities to drive enhanced long-term value creation for our customers and shareholders as we continue to connect billions of people across the globe.”

CoreSite’s Chief Executive Officer, Paul Szurek, stated, “We are excited to partner with American Tower to expand its communications infrastructure ecosystem and accelerate its edge computing strategy through the addition of CoreSite’s differentiated portfolio of U.S. metro data center campuses. The combined company will be ideally positioned to address the growing need for convergence between mobile network providers, cloud service providers, and other digital platforms as 5G deployments emerge and evolve. In addition, we expect the enhanced scale and further geographic reach to provide a platform for the combined company to accelerate its growth trajectory and expand into additional U.S. metro areas, as well as internationally, leveraging American Tower’s extensive presence across the globe. CoreSite’s outstanding team, interconnection platform and data center campus portfolio are a highly complementary fit with American Tower’s existing communications sites, and we believe this partnership delivers significant value to CoreSite’s stockholders and will create an exciting new chapter for our customers, employees and partners.”

The transaction is anticipated to be modestly accretive to American Tower’s AFFO per Share initially, and increasingly accretive over time, and is expected to close by the end of 2021, or shortly thereafter. Under the terms of the definitive agreement, American Tower, through a wholly owned subsidiary, will commence a tender offer for all of the shares of common stock of CoreSite, which will be followed by a merger to acquire any untendered shares for the same price payable in the tender offer. The tender offer is subject to the tender of at least a majority of the outstanding shares of common stock of CoreSite and certain other customary conditions. CoreSite plans to declare and pay its fourth quarter dividend during the fourth quarter of 2021 and no later than the close of the transaction.