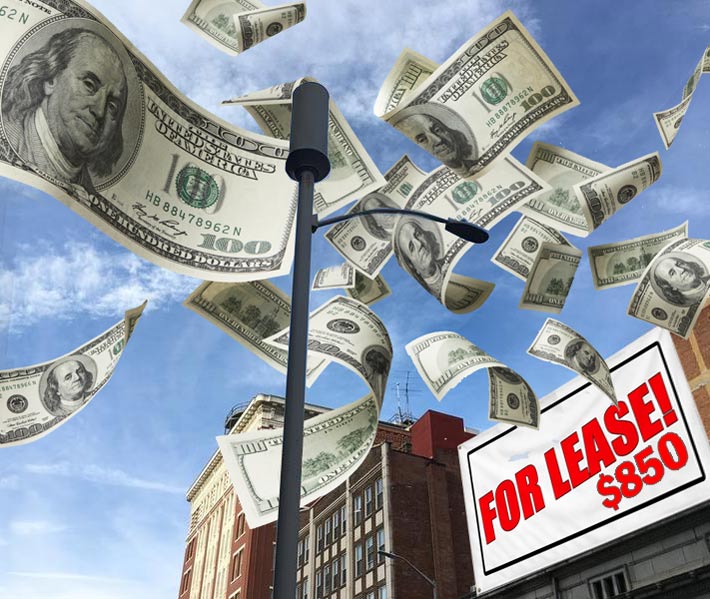 PITTSBURGH PIRATES? – It is not known who owns this downtown Pittsburgh small cell or what their annual fee is, but AT&T says it’s not going to pay $850 annually for a small cell and has taken the city to court .

AT&T is suing the City of Pittsburgh for allegedly failing to meet the FCC’s shot clock requirements and for asking excessive fees for new cell structures in the city’s rights-of-way.

The carrier states that the fees and delays for installing small-cell network equipment along city roadways have prevented AT&T from providing service to the area and violates the federal Telecommunications Act and FCC orders.

The complaint, brought in federal court on Tuesday, says the city is requesting an annual fee of $850 for each cell facility to be built by the company, an amount that is nearly 215% higher than the $270 fee that is found to be reasonable by the FCC.

On December 8, 2020, AT&T finalized submission of two pole permit applications and paid the required filing fees. Both applications involved the swap-out of existing decorative light poles owned by the city with replacement poles of substantially similar design, the collocation of antennas at the top of each pole, and installation of radio equipment to be housed in shrouds.

AT&T claims in the lawsuit that the city failed to process their applications because the company wouldn’t agree to the excessive fee. They claim the city has made an unreasonable delay and effectively prohibited the company from installing the street light structures.

AT&T is asking the court to order the city to issue the permits and stop its “excessive, unreasonable and illegal” fees and align them with federal law.

They are requesting the court for an expedited review and to award AT&T attorneys’ fees.

Crown Castle has installed a number of small cells on light standards in the city. It is not known what they are paying for their annual utility ROW fee.

The lawsuit is available here.