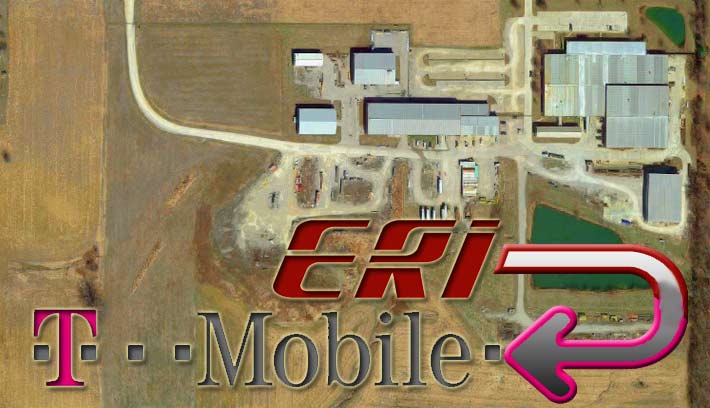 Permitting is already underway to construct the needed manufacturing buildings to produce 16 high-powered antennas per month.

A partnership between Electronics Research, Inc. (ERI) and T-Mobile will give the Indiana antenna manufacturer the ability to ramp up materials and accelerate antenna production capacity by 800% before the end of the year in anticipation of the end of the FCC broadcast incentive auctions.

ERI said it will begin production of antennas, and installation crews will be available immediately after the FCC issues new channel assignments to broadcasters either being relocated within the UHF television band or relocating from UHF Channels to VHF Channels.

This will accelerate the process of clearing the 600 MHz frequency band allowing new wireless broadband services to be deployed in the band, within the 39-month repacking timeline outlined by the FCC.

Commenting on the agreement, ERI President and CEO Tom Silliman remarked, “Working with T-Mobile ahead of the completion of the auction enables ERI to be first in the category to manufacture and install a high volume of the antennas needed to clear spectrum, and do it faster than we’d otherwise be able to. ERI will have the capacity to manufacture television antennas, transmission line, and filter systems and to have trained and equipped installation crews at the beginning of the FCC’s 39-month clearing window.”

“It’s a no-brainer for T-Mobile to do what we can to help the broadcast industry accelerate the FCC’s repacking schedule. We want to insure that television broadcasters have access to the equipment and installation capacity needed for timely completion of the FCC clearing timeline” said David Mayo, Senior Vice President – Technology for T-Mobile.

ERI said it will immediately take the necessary steps to expand manufacturing and test facilities as well as hire and train manufacturing, test, and installation personnel in advance of the increase in demand for television antennas, transmission line, and RF components that will be driven by the new television channel assignments issued by the FCC.

Bill Harland, Vice President of Marketing for ERI, said that the company currently has two crews and will be adding another two by the end of the year.

As part of the accelerated program to ensure that ERI is ready to meet the demand for new antennas, he said that permitting was already in the works to construct new buildings on the 100-acre tract that ERI owns. The company currently occupies about 40 acres with its current facilities.

Harland told Wireless Estimator that once they’ve built their new production facilities they will be able to produce approximately 16 high-powered antennas every month.

Additional information on the FCC’s incentive auctions, and concerns regarding the number of crews that will be available to complete the massive undertaking, even though ERI is adding two more, can be found here.