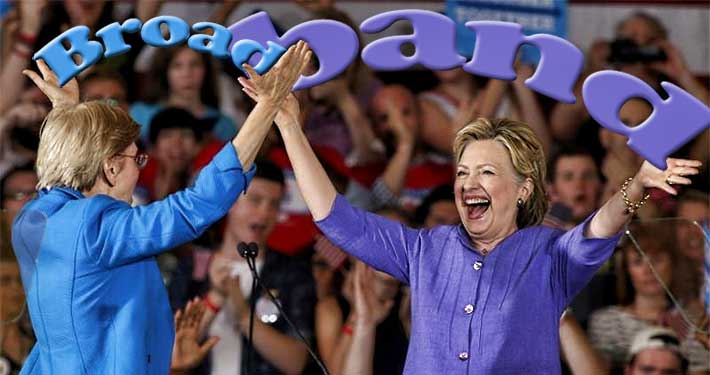 Hillary Clinton said she wanted everyone in the U.S. to have broadband by 2020, but her campaign did not state how it would be paid for

In a major tech policy speech, Hillary Clinton on Tuesday promised to work toward providing broadband access to all US homes by 2020, backed investments in next-generation wireless systems and supported the new Title II rules for net neutrality. “I intend to make sure we do what we did with electricity in my grandparents’ generation — we connect every home and business in America to high-speed internet, and we do it on as fast a time scale as possible,” the presumptive Democratic presidential nominee said.

Clinton believes that high-speed internet connectivity is not a luxury; it is a necessity for economic success and social mobility in a 21st century economy.

“Despite considerable progress and private investment in the last eight years to close the digital divide, there remains work to be done. Millions of American households, particularly in rural areas, still lack access to any fixed broadband provider; around 30% of households across America have not adopted broadband with much higher levels in low-income communities, and American consumers pay more for high-speed plans than consumers in some other advanced nations,” Clinton said.

The Clinton campaign did not estimate the cost of her proposal or explain how she would pay for it as well as her desire to give young entrepreneurs creating tech start-ups in distressed communities as much as $17,500 in student loan forgiveness after five years.