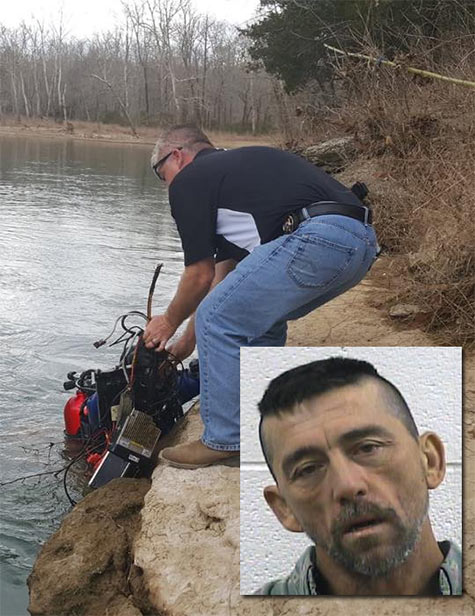 Frank Thomas Aldridge was arrested after stealing radio equipment from a tower site that he found out he could not sell and dumped it in a river.

According to a police report, on or about Dec. 12, 2016, Aldridge made forced entry into a communications tower compound off of Crooked Creek Rd. in Lobelville. The tower site is owned by the Nunley Media Group, operator of WOPC-FM.

Aldridge is accused of removing more than $10,000 of emergency communications equipment and attempting to resell the equipment. The burglary and theft disrupted critical communications for several agencies, including the Perry County Sheriff’s Office, City of Lobelville and the Tennessee Emergency Management Agency.

For more than a month, the PCSO had been working with informants and witnesses to build the case leading to the arrest of Aldridge.

The case caught an additional break Wednesday when a county worker spotted what appeared to be radio equipment along a rural road near the Buffalo River.

An investigation of the scene revealed additional equipment in the river. The PSCO investigators worked with a diver to recover a majority of the stolen property.

A witness said that Aldridge discarded the equipment in the river when he was unable to sell the items, according to the report.

He faces more than a dozen charges, including Theft over $10,000, Aggravated Criminal Trespassing, Vandalism over $1,000, and Burglary. Additional Federal charges may be brought, since his actions interfered with Federally licensed communications equipment. His bond is set at $75,000.