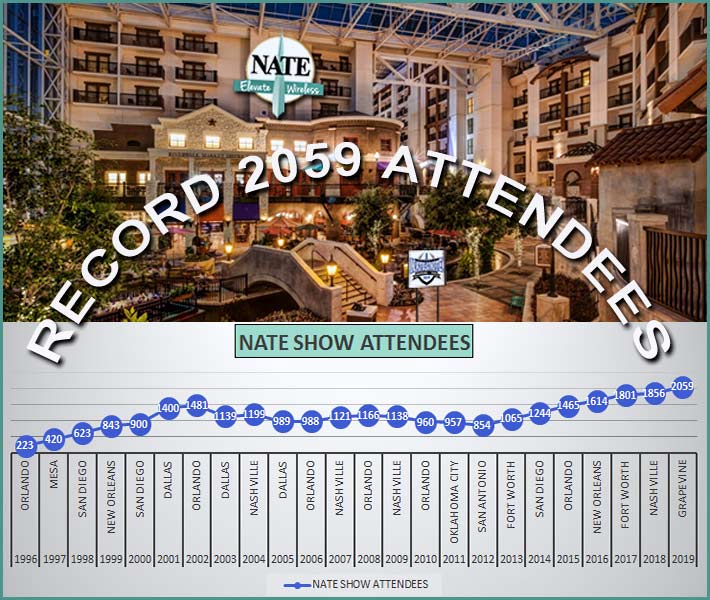 The Association announced that 2,059 individuals registered to attend the conference. This total eclipses the organization’s all-time conference registered attendee total in its 24-year history, exceeding the previous attendance record of 1,856 from NATE UNITE 2018 in Nashville, Tenn. The Association’s first show was held in Orlando in 1996 and had 223 attendees.

“The Association is ecstatic that stakeholders from throughout the wireless and broadcast ecosystem responded in big fashion by attending and participating in NATE UNITE 2019,” said NATE Resource Manager Nikki Gronau. “The success of NATE UNITE 2019 enabled us to continue to achieve our goals of remaining on a growth trajectory with our annual event. I guess everything really is bigger in Texas,”Gronau said.

“The record-breaking numbers associated with NATE UNITE 2019 were made possible in large part due to the tremendous sponsor support that we received,” stated NATE Events Coordinator Shari Wirkus. “On behalf of the Trade Show Committee and staff, I would like to thank the companies and organizations who stepped up to the plate to sponsor NATE UNITE 2019,” Wirkus added. 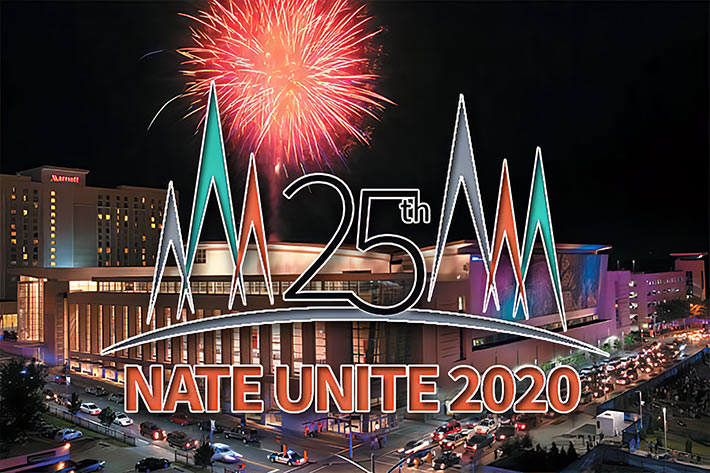