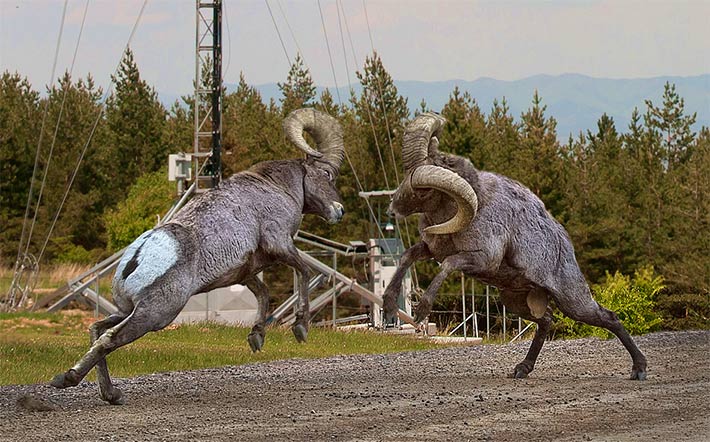 The EWA said that WIA’s belief that the current process will work fine even if 2,000+ applications are dumped into an inter-FAC concurrence regimen that typically handles only a few applications daily seems to be “the product of magical thinking”

Two of the Land Mobile Communications Council’s 16 members – the Enterprise Wireless Alliance (WEA) and the Wireless Infrastructure Association (WIA) are at odds with each other after a year-long effort has failed to identify a viable approach to arrive at a consensus among the Business/Industrial (BI) and Public Safety (PS) frequency advisory committees (FACs) on how best to process 800 MHz Expansion/Guard Band (EB/GB) applications that avoid mutual exclusivity.

Last week, during a meeting with a majority of the certified FACs in attendance, the FCC’s Wireless Telecommunications Bureau (WTB) staff informed the FACs that Commission leadership had rejected the round-robin application approach because it was believed that it would prejudice FACs with a greater number of applications to process and possibly cause customers to move their applications to another FAC.

A previous FAC proposal to retain the services of a third party that would date/time stamp applications failed because of cost concerns from some FACs.

“We do know that the Wireless Infrastructure Association, led by former FCC Commissioner Jonathan Adelstein, is the one FAC that had not confirmed its support for the amended EB/GB MOA,” the EWA said in a statement issued yesterday

“During the WTB meeting, WIA affirmed its position that the current FAC process would work just fine and endorsed the 8th Floor objections to the round robin approach. Perhaps WIA’s position should not have been a surprise even though its most recent message to its fellow FACs gave no hint that it had a fundamental objection to the amended MOA. Had it done so, it is possible that the parties could have come up with an acceptable resolution, as they have frequently over decades during which contentious matters have been resolved through open dialogue and mutual respect,” the statement read.

EWA President and LMCC board member Mark Crosby stated, “EWA’s leadership is now obligated to step back and revisit its overall advocacy position with respect to the EB/GB landscape. After attempting for a year to develop a workable coordination process, we see little likelihood that further effort would produce a solution acceptable to all FACs given WIA’s position that no solution is needed.”

WIA says it did not advocate any recommendation
“WIA has worked transparently and collaboratively with other frequency advisory committees and the FCC throughout this process to find consensus on the processing of 800 MHz Expansion/Guard Band applications. At no point did WIA nor its leadership advocate any recommendation independently to the FCC regarding the Memorandum of Agreement we have with other FACs. The FCC made its decision on its own. Implications to the contrary are presumptuous, mischaracterize the facts, and are plainly incorrect,” said WIA Public Affairs Manager Amy-Gabrielle Bartolac in a statement provided to Wireless Estimator.

“As a market leader in frequency coordination, WIA will continue to work closely with other FACs and the FCC on establishing a fair process. WIA would support the round robin approach if the FCC adopts it and will support the FCC’s determination on how to proceed. WIA will strive to achieve a successful process and will look forward to this important work,” said Bartolac.

Failure to reach agreement on an alternative approach may result in the FCC adopting processes that the FACs will be obligated to implement, said LMCC media contact Andrea Cumpston

The LMCC includes the 11 public-safety and business/industrial FACs and other LMR interest groups. Four of the FACs focus on public-safety applications, and the other seven coordinators target BI licensees.