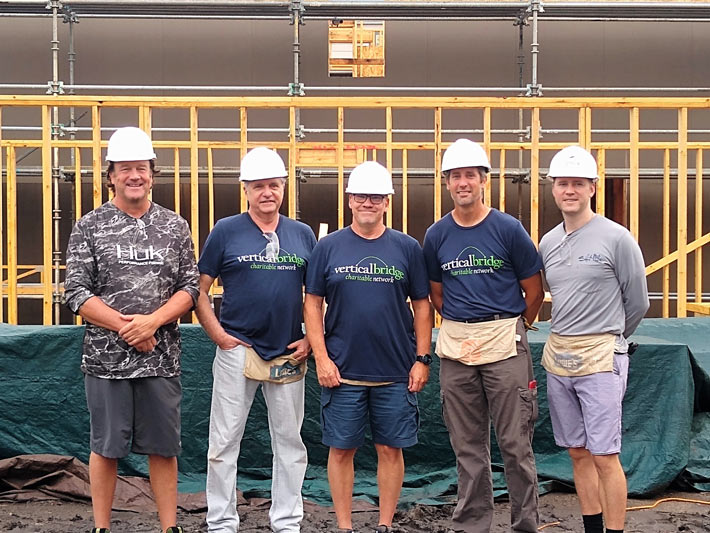 Vertical Bridge REIT, LLC, the largest private owner and operator of communications infrastructure in the United States, has announced that, with its matched employee donations, it has donated more than $1.5 million to charitable organizations in 2019. This is the firm’s largest annual contribution since its founding in 2014 and a nearly 20% increase over last year.

Since Vertical Bridge’s founding five years ago, the firm has contributed more than $4.6 million to 501 (c)(3) organizations through its philanthropic arm, the Vertical Bridge Charitable Network, an employee-run initiative which has set a new bar for itself each year through Vertical Bridge employees’ active participation, monetary contributions and overall dedication to charitable causes. 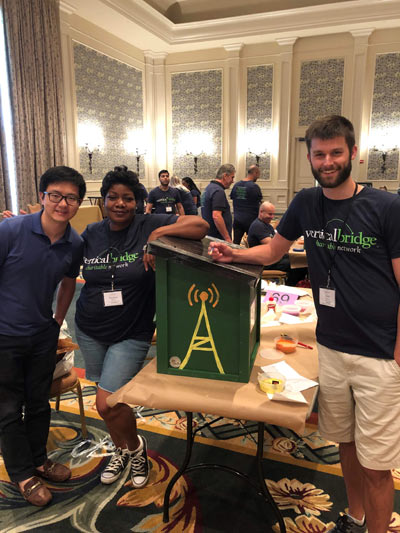 The firm’s notable efforts in 2019 included:

“Bernard Borghei, Mike Belski and I set out to build a firm where our commitment to philanthropy was integrated into our core as much as our passion for communications towers. By creating a program where every employee is able to become involved with the causes they most care about, philanthropy has truly become a part of who we are as a company,” said Alex Gellman, CEO and Co-Founder. “Each year, we see more involvement, dedication and enthusiasm for our charitable activities from our employees. I couldn’t be more proud of what we have done and what we are building.”

Vertical Bridge also continued a number of multi-year initiatives that have become especially meaningful to the firm, including Habitat for Humanity of South Palm Beach County’s (HFHSPBC) VETERANS BUILD and Music Movement. 2019 marked Vertical Bridge’s fourth consecutive year as the presenting sponsor for HFHSPBC’s VETERANS BUILD, which improves the homes of local military veterans. This past November, team members from Vertical Bridge helped transform ten Boca Raton homes and presented a $60,000 check to HFHSPBC. 2019 was also Vertical Bridge’s fifth year partnering with Music Movement, which creates music-centric programs for individuals on the autism spectrum or those with differences in learning abilities. This year, Vertical Bridge contributed more than $134,000 to the organization, including hosting a benefit concert headlined by country singer Joe Nichols at this year’s WIA Connect (X) Show. Since beginning its partnership with HFHSPBC’s VETERANS BUILD and Music Movement, Vertical Bridge has donated $140,000 and $335,000 to these organizations, respectively.

This year’s efforts were spread across 155 charitable causes, and Vertical Bridge employees contributed more than 1,100 hours volunteering with the organizations of their choice. Organizations which received contributions in time or money were nominated by the firm’s employees and clients and were selected by a committee of Vertical Bridge employees responsible for organizing, budgeting and creating firm-wide philanthropic initiatives. This was not only a record-setting year for the firm’s fiscal donations, but also for its employee gift match program, which saw contributions more than double compared with 2018.