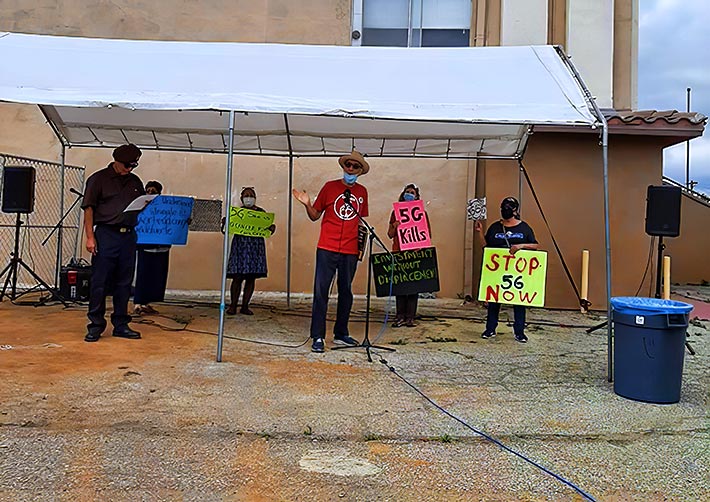 This sparsely attended event in Los Angeles appeared to be the only organized protest in the U.S. during Global 5G Protest Day. As of 8:00 a.m. Monday, there were no reports of tower sites being vandalized.

Concerns about the possibility of Saturday’s Global 5G Protest Day bringing out anarchists bent upon setting fire to cell tower sites or vandalizing them in other manners were well-founded but failed to materialize this weekend. 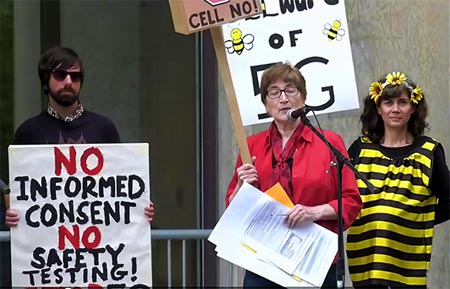 A protest in Winnipeg, Canada drew about two dozen supporters

Picked up by major news outlets, Wireless Estimator first reported on Thursday that companies were taking the threats seriously and asked wireless workers to be vigilant due to possible attacks against the nation’s infrastructure.

The California Wireless Association informed its members of the increased traffic on social media indicating power and communication infrastructure might be targeted during the ongoing civil unrest.

The trade group also identified at least one protest that was planned on Saturday in downtown Los Angeles.

However, that event which brought about three dozen interested spectators, proved to be very peaceful and was the only known gathering in the U.S.

In Winnipeg, Canada, about 24 spectators were at an anti-5G rally.

The largest group of people protesting 5G appeared to be in Slovenia, where about 75 or more activists posed for a group photo, none of them with a mask on.

It is not known how pandemic social distancing and the George Floyd protests minimized last Saturday’s non-events in the U.S.

What is recognized is the falsified fears that accompany the rollout of 5G.

FCC General Counsel Thomas Johnson Jr. wrote an editorial in The Washington Post, stating “Conjectures about 5G’s effect on human health are long on panic and short on science.”