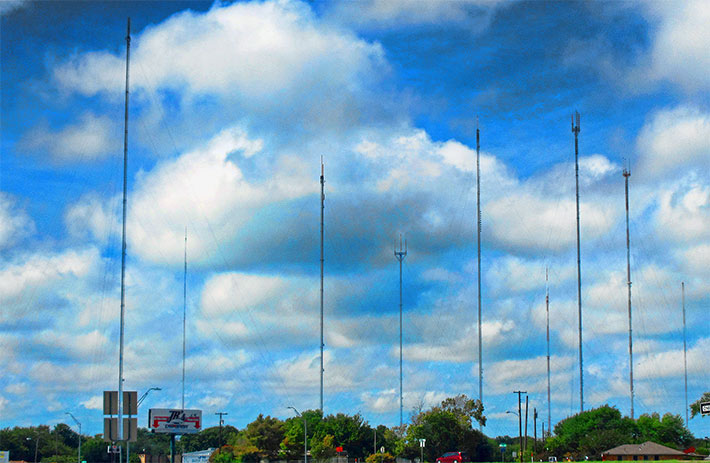 As part of its post-bankruptcy strategy, Cumulus Media is considering selling its tower assets, CEO Mary Berner said during their Q4 earnings conference call on Friday.

Discussing non-core assets that they want to sell to buoy their balance sheet, Berner they are “considering strategic alternatives regarding our tower portfolio, which consists of over 250 owned tower sites across 32 states, and we are also working on ways to monetize some land that we owned in Nashville.”

CFO John Abbot  said that Cumulus is the last radio broadcast group to own such a large portfolio in the US.

Given the dynamics in the tower market, Abbot said that they may be able to take advantage of a sale leaseback opportunity that could be beneficial, but it will not be done overnight.

“There again, we’re at a very early stage in our exploration, and we expect to be working through the possibilities over the next couple of quarters,” Abbot said during the conference call.

The first major tower deal in the U.S. occurred earlier this month when CTI Towers announced that they had acquired the entire tower portfolio of Cable One, Inc., approximately 110 towers concentrated in the southwest and central areas of the county, raising CTI’s portfolio to over 1,100 towers.

“The Cable One tower portfolio is the perfect augmentation to our existing portfolio and further expands our geographic profile to 47 of the 48 states in the continental U.S.,” stated CTI’s CEO, Tony Peduto in a press statement.