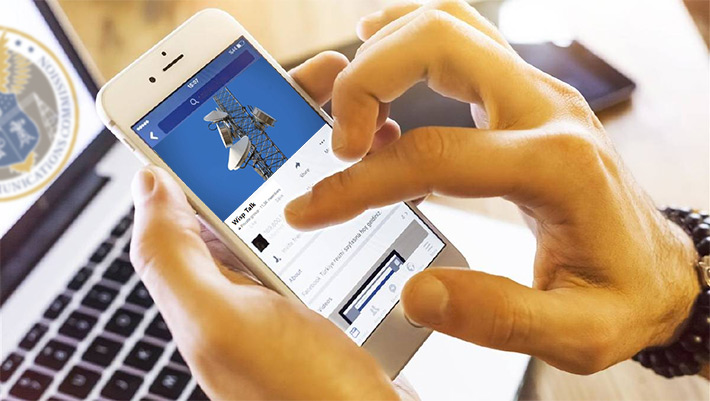 A troubling Facebook post and an email last year cost two broadband service providers a total of $80,000 in separate actions yesterday for violating the FCC’s rules by engaging in prohibited communications of its bidding and bidding strategies to other participants in Auction 105 involving the auction of 22,631 county-based Priority Access Licenses (PALs) in the 3550-3650 MHz portion of the 3.5GHz band, frequently referred to as the Citizens Broadband Radio Service.

The FCC’s Enforcement Bureau issued a consent decree that provides for Router12 Networks LLC, registered in the state of Iowa, to resolve their violation by agreeing to implement a compliance plan and pay a $50,000 civil penalty.

Router12 admitted that it violated section 1.2105(c) of the Commission’s rules by engaging in and failing to report prohibited communications.

In its ruling, the Bureau said the “Prohibited Communications Rule applies to any communications by an applicant that conveys, in any manner, the substance of its own, or one another’s, or any applicant’s bids or bidding strategies. Although a statement that an applicant has applied to participate in the auction will not violate the rule, an applicant’s public statement that it intends to stop bidding in an auction or that it does not intend to place bids could give rise to a finding of a section 1.2105 violation.”

The FCC said, on June 17, 2020, Ryan Malek, CEO of Router12, posted a statement on the 11,300-member Wisp Talk Facebook Group page indicating that Router12 did not intend to place any bids in the auction. Malek’s initial post asks: “Anyone else giving up on the CBRS PAL auction and focusing on RDOF instead?”

Another member of the group replied to the post, stating, “At this point, you either filed the short-form for CBRS PAL auction and can’t talk about it, or you missed the deadline.”

Malek responded, “Right…and I’m walking away from the short form filing, the point of the post.”

Nikola gets nicked for $30K for sending an email

California-based Nikola Engineering, Inc d/b/a Nikola Broadband, whose President is Robert Zeff,  found that it also violated section 1.2105 and agreed to pay a fine of $30,000.

The Bureau said that on June 24, 2020, Zeff sent an email with the subject line “CBRS fiasco” to the Wireless Internet Service Providers Association (WISPA) members email group stating, “[w]e are backing out of the auction.”

A member of the group then replied to the group on the WISPA Email stating, “So even with a PAL you would have been screwed basically.” Stephen Coran then replied, PLEASE DO NOT POST ANY FURTHER MESSAGES TO THIS LIST.”