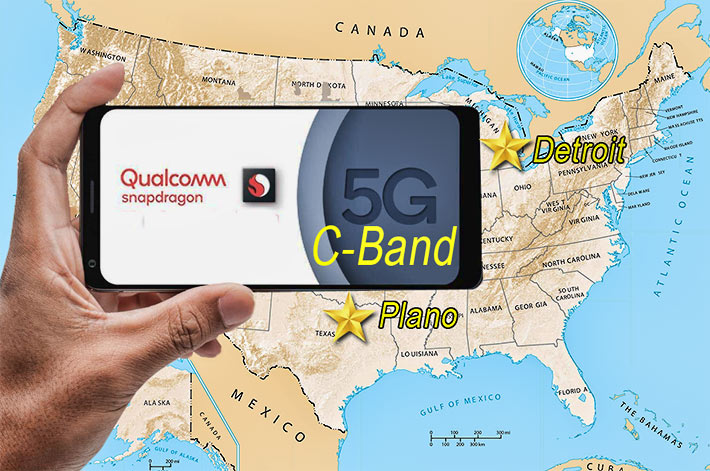 Creating a connection is so much more personal than just devices and networks. For AT&T’s teams who are deploying their 5G network it’s about thinking and working ahead in the race to develop what their customers will need next before they know they need it, the company said in a blog yesterday.

That anticipation is what allowed AT&T and Nokia to be the first to complete field test calls over C-band 5G spectrum using a Mobile Test Platform in Plano, Texas and Detroit, Michigan. Before the C-band auction ended in March, their teams were already planning how to put this new spectrum to the test. That work enabled AT&T to accelerate past the competition –and successfully complete field test calls over C-band, using 5G test devices, only weeks after the auction ended, the company said.

“Being the first to make a call on mmWave was an important event in 5G development in 2018,” said Paritosh Rai, who oversees AT&T’s 5G Project Management Office. “Bringing 5G innovation to market is very important to our teams. Working on these C-band field test calls gave us a feeling of, ‘Let’s make history again!’”

In March, the carrier acquired 40 MHz of the first available batch of C-band spectrum, to be cleared later this year, with 80 MHz on average overall as the second-biggest spender at Auction 107.

AT&T said it is now planning to reach more than 200 million people with C-band by the end of 2023.

“C-band or spectrum will help enable our 5G network to reach its full potential – giving our customers the faster and increased connectivity they want,” said Tony Seyfried – AT&T Tech Vendor Manager, who was leading the team in Detroit on its quest to place the first C-band field test call.

“They’re quite the contrast to the famous line first uttered over the first telephone connection more than 140 years ago: ‘Mr. Watson, come here, I want to see you,’ “ AT&T’s blog noted.

Another memorable call was when Motorola’s Marty Cooper made the first mobile cell phone call to razz his arch competitor Joel Engel of Bell Labs to rub in that they were the first company to successfully develop a handheld mobile phone. Engle says he didn’t recall Cooper’s utterance.

“The speed and agility of these trials were amazing,” Seyfried said. “These tests will allow our teams across the country to test and implement the C-band even faster now, which means our customers will be able to utilize this spectrum sooner.”

The milestone was achieved early May by engineers from both AT&T and Nokia, who jointly worked quickly to demonstrate the potential of the newly available n77 spectrum (n77: 3700 – 3980Mhz). The test utilized one of Nokia’s new mMIMO antennas that is designed to operate in the n77 C-Band in conjunction with the latest Nokia 5G software. The joint team will continue to test performance ahead of commercial network deployment, which is anticipated to begin later this year.

Nokia recently signed a five-year deal with AT&T to deploy the mobile operator’s C-Band network across the U.S. It will deliver enhanced mobile broadband capabilities and increase the range of 5G applications and services to a wide range of consumers and customers.