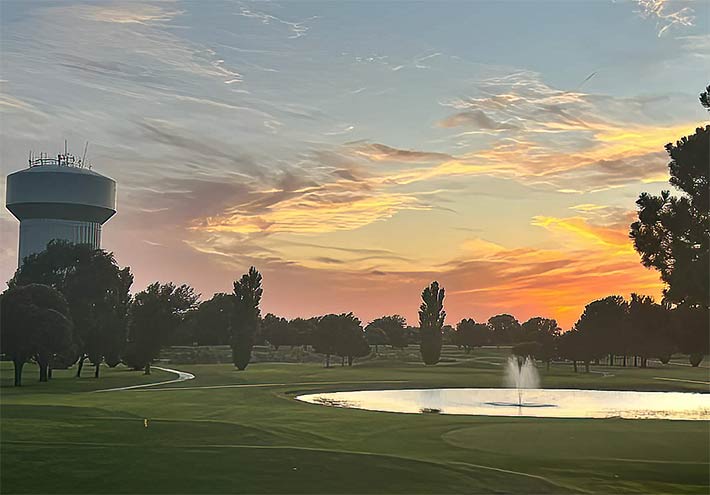 AT&T said it searched all area towers and buildings to see if they could accommodate a cell site, such as this water tower located at the Liberal Country Club. However, they needed a structure 150 feet tall and submitted an application to place a monopole to the northwest of the water tower. Liberal, Kansas City Commissioners denied the application, and the carrier filed a lawsuit asking the court to reverse the decision.

The former Vice Mayor of Liberal, Kansas, allegedly informed AT&T’s siting representative that the City would support an ordinance allowing a special use permit for a 150-foot monopole on the property of the Liberal Country Club after the City denied a prior church location in 2021 due to resident opposition.

However, the City Commissioners denied their request, and AT&T sued last week to have the City approve their application for a Sabre Enterprises monopole on the golf course.

On September 8, 2022, the Board of Zoning Appeals approved AT&T’s application for a special use permit for the 150-foot monopole and a 70-foot x 70-foot fenced compound.

On October 11, 2022, the Commission held a public hearing on the application where unsupported claims were voiced by residents, such as possible health issues, large chunks of ice falling onto neighboring properties, lightning arcs and power surge damages, and property devaluations.

And according to the minutes of the hearing, there was a possibility of an increase in suicides since, in the past, a young single mom had taken her life by jumping off a tower in the community.

At a Commission meeting on October 25, 2022, Commissioners voted to deny AT&T’s application, finding that “it [the special use permit] is against our building codes” and “there’s no proof that we permitted a Special Use Permit to put up a tower so it’s not within our rules,” according to the complaint.

AT&T said they had searched for an acceptable alternative site, such as the water tower on the nine-hole golf course, but could not locate a structure that met their height requirements.

In its lawsuit, AT&T said the country club property had been used for commercial purposes for over one hundred years, and the proposed use would be consistent with that underlying use.

“The City lacks a reasonable basis for denying AT&T’s Application, in violation of K.S.A. 66-2019(h)(1)(C), in that it is unreasonable to interpret the City’s zoning ordinance to mean that towers are only allowed in zoned-industrial areas, which are limited in number and only located on the outskirts of the City,” AT&T said in its filing.