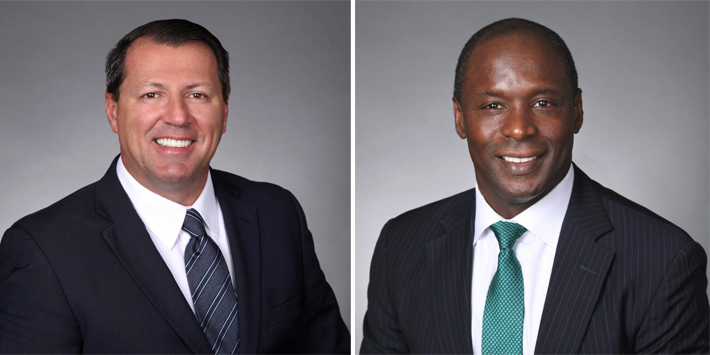 “Bob and Johnny have been leaders at Vertical Bridge since our founding and have each played critical roles in our strong growth,” said Co-founder and CEO Alex Gellman. “Without Bob and Johnny, it is very hard to envision Vertical Bridge achieving its position as the largest private tower company and largest tower builder in the United States. It is truly a pleasure to recognize their efforts and achievements.”

Paige oversees the Company’s acquisitions, joint ventures, and other strategic initiatives. Before joining Vertical Bridge, he was Senior Vice President at Brown Brothers Harriman, where he advised wireless and wireline companies on mergers and acquisitions, and before that, served the telecommunications industry at Falkenberg Capital Corporation where he was a Managing Director.

“I have very much enjoyed helping Vertical Bridge grow from a startup to becoming the only private tower company at scale in the U.S.,” said Paige. “I’m proud of our significant transactions to date, and look forward to continuing to work with a great group of partners within management and our investor base.”

Crawford oversees sales and delivery of build-to-suit opportunities. Before joining Vertical Bridge, he was a partner in Optima Towers, a site development company in the Southeast. Prior to that, he was Vice President of Business Development at SBA Network Services where he was responsible for sales to SBA’s national customers. Earlier in his career he served as Vice President of Engineering and Operations for Airgate PCS, a Sprint PCS affiliate and as Director of Engineering and Operations for Sprint, where he launched one of the first PCS markets in the U.S.

“It’s been fun assembling and guiding the team that has now built more than 2,000 towers and counting,” Crawford said. “Our pipeline of opportunities is large and growing, and we’re excited about 2022 and beyond because there is much more to come.”