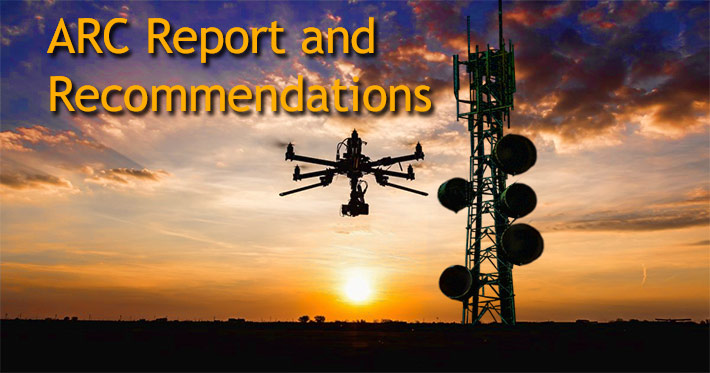 The final Unmanned Aircraft Systems  (UAS) Aviation Rule-Making Committee (ARC) report was released to the public yesterday and will assist the telecommunications industry if the group’s recommendations on drones are accepted by the FAA.

The Senate is seeking to create regulations for larger drones that could do commercial deliveries.

The FAA Administrator, DOT Secretary, White House and Congress staffers have been briefed on the ARC report.

The ARC recommendations will be become part of federal law, Title 14 CFR Part 107, through the Notice of Public Rule-making process.  The FAA is expected to release Part 107 in the next month or so.

The ARC report and recommendations provide industry input and consensus on a proposed regulatory framework to govern the use of UAS operating over people who are not directly participating in the operations of the UAS such as any member of the general public.

It is expected that the ARC recommendations, together with Proposed Part 107, will provide a much more favorable UAS regulatory environment to the telecom industry over the current environment.  Through these regulatory changes they will be able to fly up to 500 feet AGL and be able to overfly people.  Existing Section 333 Exemptions, and Certificates of Waiver or Authorization (COA) along with all of their current restrictions will be lifted and replaced with Part 107.

The ARC committee established four categories, based on increasing levels of risk of personal injury, for operating UAS over people.  Wireless carriers will operate in Category 3, due to the size, weight, and operational requirements of the drones they fly to monitor their network infrastructure.

To limit the potential risk of a drone striking a person, the committee recommended under Category 3:

The committee established Category 4 to govern instances when operators may want to overfly crowds or dense concentrations of people.  Category 4 includes additional requirements to mitigate the additional associated risk.