The known dangers to the nation’s road-warrior technicians are numerous, especially when they’re swelled by working aloft, but the recent death of a Conley, Ga. man underscores the fragility of life on the road and has his fellow crew members, family and friends shaking their heads in disbelief.

Derreset “Dezzy” Brown, 51, had been working for TowerComm of Raleigh, N.C. for a little over a month, using the skills he had honed during his many years in the industry. 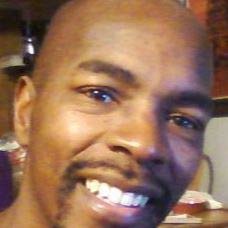 His fellow crew members had been performing some carrier upgrades in the El Paso, Tex. area during 90-degree temperatures. After getting their sites done quickly, their supervisor gave them a well-deserved day off on Friday, May 6, 2016.

It is not known whether Brown was sleeping in on Friday morning, at around 10:00 a.m., but what is known is that a tractor trailer operator carrying railroad rails lost control of his 18-wheeler he was driving east on I-10 and exited the freeway, continued through a funeral home parking lot and crashed through a brick wall before crashing into Brown’s Studio 6  ground floor hotel room located at 6185 S. Desert Blvd.

Brown died at the scene and the trucker was taken to an El Paso hospital with minor injuries.

The rig had also  damaged the room above Brown where a fellow crew member was staying. He did not receive injuries from the crash.

A TowerComm employee told Wireless Estimator that they have an excellent safety record and that it’s a priority with all employees. “But who could have ever imagined losing someone in your company like this?”

Of the approximately 29,000 men and women who service towers in the nation, many leave our world through illness and other non-work-related incidents.

Brown was off the job, but getting ready to start the next one so that America can continue to enjoy the world’s best communications systems.

The industry’s thanks go out to Dezzy, and its condolences to his family, co-workers and friends.