The video highlights practical safety tips for selecting and utilizing capstan hoists. Additionally, the video footage includes a testimonial from a tower climber discussing the importance of performing function tests on the capstan hoist, checking the capstan hoist manufacturer’s guidelines before each use and emphasizing rigging best practices. The video also includes breathtaking aerial views of tower climbers utilizing a capstan hoist to lift antenna equipment to the designated location near the top of a monopole cellular tower. 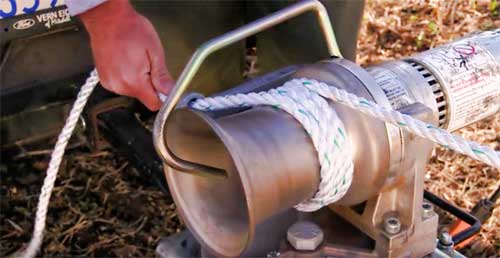 “Proper training, rigging and respect of the capstan are essential for its safe operation, said Justin Pitts, the Safety Director at East Coast Communications in Gorham, Maine. “It’s one of the cellular industry’s greatest tools when anchored and used correctly. The ‘cathead’ turns, what could be a very laborious endeavor, into added muscle and time for other tasks,” said Pitts.”

NATE has also produced a PPE Inspection and 100% Tie-Off  video.