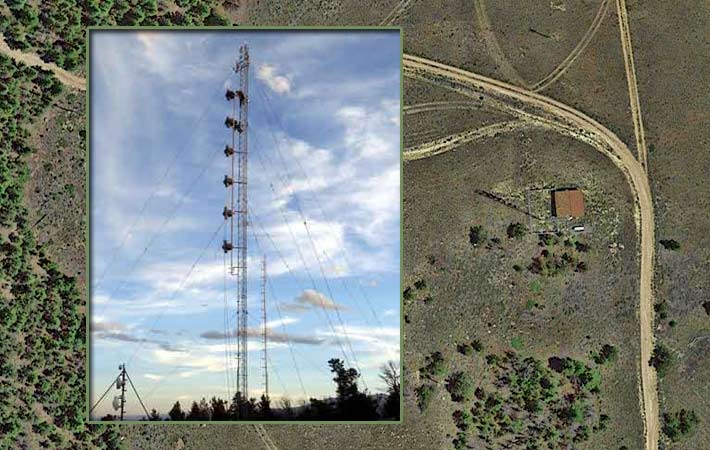 A Wyoming tower owner cut off electric to Northwest College’s KNWT transmitter after Legend Towers, LLC said that the campus was not in compliance with its lease agreement.

As part of budget reductions more than a year ago, NWC leaders cut the college’s radio/television program, but KNWT stayed on air, continuing to incur their tower lease expenses.

But the college’s President, Stefani Hicswa, received a certified letter last week from the owner of the tower to say they were in violation of their lease agreement.  Also included in the certified letter was an invoice for the remaining three years of the lease.

“They wanted the lease payments up front, and we had been paying it monthly until we figured out what we’re going to do,” Hicswa informed the Powell Tribune.

The owner’s interpretation of the lease agreement is that it needed to be paid annually,  Hicswa said. “We interpreted it to mean we could pay monthly. We believe we are in compliance with the terms of the lease.”

In a letter to the Federal Communications Commission, KNWT General Manager Troy Hunt wrote, “When clarifications regarding our lease and contract with Legend Towers, LLC were asked by college administration, tower company officials powered down our transmitter, locked us out of the building and have trespassed us and all representatives from the property. Our attorney is examining our legal options regarding this forcible shuttering of the broadcast and seizing of the college’s transmission equipment located at the Cedar Mountain tower site.”

NWC is working to transfer KNWT’s lease and license to Wyoming Public Media. Those negotiations, however, have been slowed.