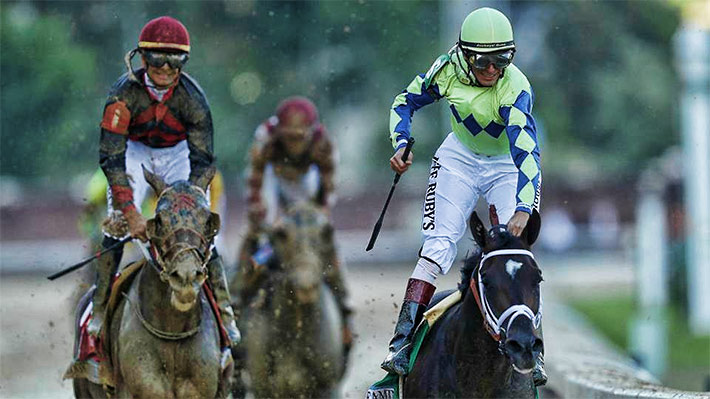 Spectators and visitors at the highest-attended sporting event in the U.S. generated the most voice and data traffic in the history of Churchill Downs this past weekend, and the record-setting volume was transmitted without a hitch due to Mobilitie’s beefed-up wireless voice and data system at the venue.

More than 263,000 spectators at the Kentucky Derby, where Always Dreaming came in first, and Kentucky Oaks shared more than 25 terabytes of data – the equivalent of 70 million selfies – on their mobile devices over the weekend using wireless carriers’ networks and Mobilitie’s Distributed Antenna System (DAS), installed throughout Churchill Downs.

The neutral-host DAS was installed in 2012 by Mobilitie and expanded and improved this year for the fifth year in a row. The result was increased 4G LTE coverage across nearly 115 acres.

“Churchill Downs has the most robust, sophisticated and capable wireless network anywhere,” said Christos Karmis, president of Mobilitie. “The network carried more than 25 terabytes of data – that’s all the data in the Library of Congress multiplied by two – and didn’t blink. Kentucky Derby officials wanted the best wireless experience for its spectators, in partnership with them and wireless carriers, and we have created it.”

The DAS system installed at Churchill Downs by Mobilitie and improved for the 143rd running of the Kentucky Derby is one of the largest in the country. In addition to 377 antennas, it includes 2.3 million feet of fiber optic cable, more than 13 miles of coaxial cable and nearly 750 amplifiers.