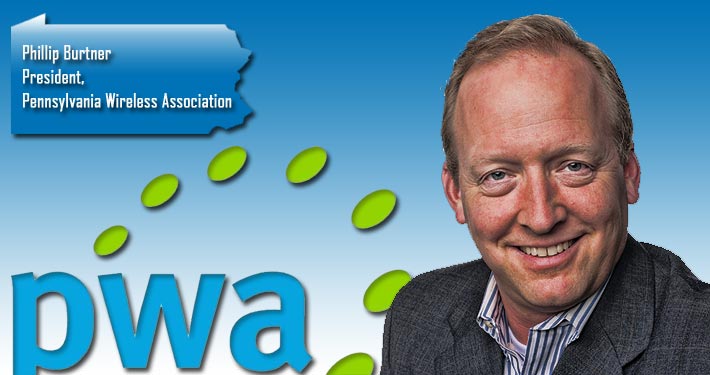 The Pennsylvania Wireless Assocociation Board of Directors named Phillip Burtner, P.E. as President of the Association. Burtner replaces Chris Pleibel who served in the position for the past ten years.

“I would like to thank Chris for the vision, guidance and leadership he has provided to our organization over the past decade as board member and president,” Burtner said.  “Our organization has grown five-fold under his leadership, with a corresponding increase in education and networking opportunities and over $250,000 donated to charitable causes. I look forward to working with the PWA board to continue Chris’s exceptional work,” he said.

Burtner is the Chief Engineer and a managing member of NB+C Engineering Services, LLC, a leading telecommunications consulting firm serving the eastern United States. Since joining the company in 2011, NB+C Engineering Services has grown exponentially,  expanding its services, and its footprint with offices located from Boston, MA to the Carolinas.

Burtner earned a BS in Civil Engineering and a MS in Civil Engineering from Lehigh University. He is a licensed PE in 20 states. Phil has served on the PWA board for seven years spending time on the education committee and other social planning committees. He has served as secretary, and was previously the vice-president. He is a life-member of Trout Unlimited and enjoys getting outdoors whenever he can.