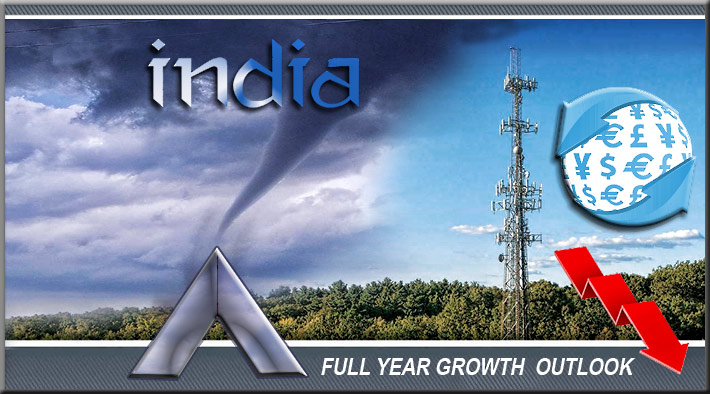 American Tower Corp. said this morning that its outlook for the full year will be lower due to market consolidation in India and negative effects of foreign exchange rates

The nation’s big three publicly traded tower companies have released second quarter earnings this month and spent time with analysts on their calls, highlighting marked improvement in some areas and offering encouragement of what they believe will be increased revenues as 5G is rolled out.

There were also some less than encouraging summaries within their reports, but the Street shrugged them off.

The estimated impacts will be $180 million on property revenue, $115 million on adjusted EBITDA and $90 million on consolidated AFFO.

ATC said during this morning’s earnings call the company is reducing the midpoint of its 2018 outlook for property revenue, net income and adjusted EBITDA by $60 million, $80 million and $30 million, respectively, and said that Forex fluctuation will impact its revenue outlook as well.

CEO James Taiclet said, “We also anticipate a multiyear period of elevated demand in the U.S. as our tenants invest in 4G capacity and quality while launching mobile 5G networks, enhanced Internet of Things services and other initiatives.”

“Our major tenants are making substantial investments in their macro tower-based networks, as U.S. mobile data usage continues to expand at 30% to 40% per year. And for the first time in many years, all the national wireless operators are making significant investments simultaneously. This activity is being driven by unlimited plans encouraging increased mobile video and other high-bandwidth app usage coupled with initiatives like the multiyear FirstNet build-out,” Taiclet said.

On a per-share basis, the Boca Raton, Florida-based company said it had a loss of 50 cents. Earnings, adjusted for non-recurring costs, were 1 cent per share.

The average estimate of five analysts surveyed by Zacks Investment Research was for earnings of 18 cents per share.

SBA President and CEO Jeffrey Stoops said, “At this point, we have not seen any impact to organic leasing activity as a result of the announced T-Mobile/Sprint merger, and our interactions with both companies continue to do business as usual.”

During last quarter’s call, Stoops said that SBA was seeing 5G-oriented activity on macro sites outside of urban areas.

“We continue to see this activity and are excited about what 5G ultimately will mean for SBA. Mobile 5G will require the deployment of advanced radios and antennas across carrier macro footprints. With only a small fraction of this deployment happening over the last several quarters, the vast majority of the opportunity is still in front of us.”

He said that based on commentary from their customers, much of the 5G deployments will require the use of new NIMO antennas, which are bigger than typical antennas taking up incremental capacity at traditional tower sites and driving incremental revenue opportunities for the industry.

“We also expect to see additional benefits from the deployment of 5G and higher bands, particularly CBRS and C bands,” stoops said.

Crown’s Q2 net income up 61%
Crown Castle International Corp. released their earnings on July 18, and eclipsed their competitors in their net income percentage increase, 61 percent at $180 million, compared to $112 million in Q2 2017.

“The momentum we see across the business has translated into solid financial results and an 11% year-over-year growth in dividends per share during the first half of 2018, demonstrating how well positioned Crown Castle is to capitalize on the positive tailwinds creating demand for our communications infrastructure,” stated Dan Schlanger, Crown Castle’s Chief Financial Officer upon release of the quarterly results.

“Based on industry fundamentals and expected growth, we think that the US represents the best market in the world for communications infrastructure and that our differentiated strategy will capitalize on this compelling opportunity,” said CEO Jay Brown during the July 19 earnings call with analysts.