A 41-year-old Ohio tower technician foreman, Eric James Connors, passed away August 1, 2019, with conflicting reports as to whether his death was due to a worksite accident or a medical emergency occurring when his crew was working on an antenna installation project for WKBN in Youngstown, Ohio on a tower owned by American Tower Corp. 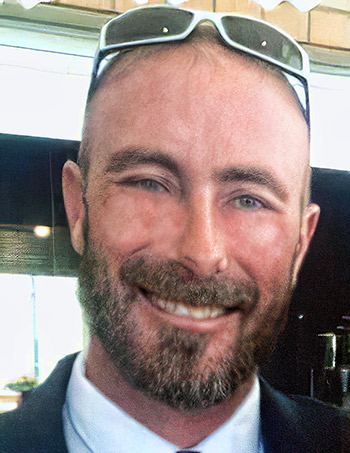 However, they didn’t mention Connors by name, such as one post stating: “This is for a friend that is in need of prayers and positive thoughts. Can’t go into details.”

Another request for prayers only identified the injured as “E”.

Although their comments raised some flags on social media as to why they would not identify Connors, attorneys will oftentimes guide their clients to guard employee privacy and co-workers should not speculate which could cause harm to the injured and his family.

On Thursday morning, August 1, 2019, multiple people emailed Wireless Estimator stating that Connors was riding a winch line when the accident occurred and they were concerned that the incident was not going to be reported to OSHA. However, their third party comments could not be confirmed.

In speaking with WKBN Chief Engineer Tom Zocolo on Thursday morning, Wireless Estimator was informed that there was no accident, just a “medical emergency” and there was no fatality.

A worker, who requested anonymity, said Connors became unconscious for unknown reasons and was immediately rescued by his co-workers.

On Thursday, Connors was taken off life support and passed, according to a source that could not provide any further details.

Wireless Estimator reached out to numerous individuals at Tri County Tower, multiple times, but they did not respond.

Connors’ obituary, however, said it was a job site accident, stating, “Eric passed away on Thursday, August 1, at St. Elizabeth Hospital after being injured on his job.”

A GoFundMe donation page also stated that Connors’ death was due to an accident that occurred on July 23, 2019. The organizer did not respond to a request for additional information.

An OSHA Cleveland duty officer informed Wireless Estimator today that Connors’ death had been reported, but they would not identify if the accident had been reported after Connors had been hospitalized for over 24 hours.

She said that there is no open investigation since it was reported that it was a medical emergency and was not a result of a workplace accident.

If a tower tech suffered a heart attack while performing his duties and had to be rescued, that wouldn’t necessarily be viewed as a workplace accident, according to attorney Mark Lies, who has represented many wireless contractors over the years.

All work-related fatalities or inpatient hospitalizations caused by a heart attack must be reported to OSHA, Lies informed Wireless Estimator.