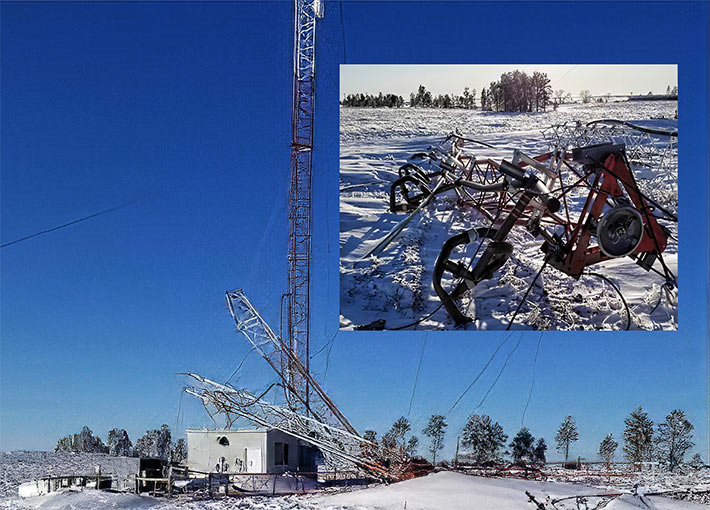 A blizzard warning by NE NOAA was in effect for the area at the time of the tower collapse. A return to service for the weather radio (KXI-20) and other tenants is unknown at this time.

The tower was erected in 1979 and previously survived similar ice loading storms.

The Eagle tower is located about 20 miles southwest of Chadron on the Dawes County table where other tower structures are located.