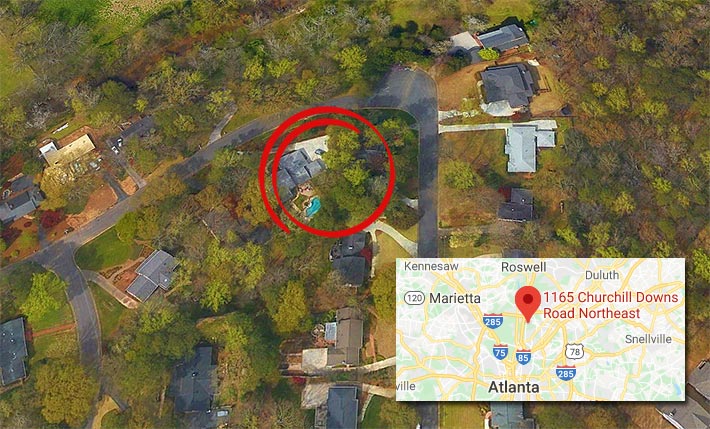 In his “corporate invasion” lawsuit, attorney Bill Kaspers said a worker from Network Installation Specialists breached social distancing and that Verizon on its website doesn’t state anything about the potential health risks associated with the installation of a Verizon pole on his property.

An Atlanta attorney representing himself and 110 of his neighbors in a class action has filed a lawsuit against Verizon Wireless claiming that the carrier sent unmasked contractors to his City of Sandy Springs, Ga. home, in a “corporate invasion,” that put his family and neighbors at risk of contracting COVID-19 as well as diseases rumored to be linked to 5G.

In his complaint, he also states that the 5G poles will lessen the value of all of his neighbors’ properties by at least 20% and each homeowner should be awarded $128,200 and is asking for at least $14.1 million.

Bill Kaspers, of 1165 Churchill Downs Rd., in the Derby Hills residential subdivision, whose firm Kaspers & Associates Law Offices LLC is in midtown Atlanta, said In his proposed class action that in the late afternoon on March 27, 2020, he responded to a man ringing his doorbell who was standing past the front doorway which Kaspers said was less than six feet away.

Kaspers said the contractor, Wesley Ryan, did step back when requested and explained that he worked for a Verizon installation subcontractor, Network Installation Specialists (NIS).

The Ball Ground, Ga. contractor’s representative, according to Kaspers, temporarily breached social distancing by handing him a business card with the name Verizon on it and other carrier contact information.

Kaspers said he asked Ryan that he wanted to see what was painted on the street in front of his home. Ryan informed him that they were going to dig a hole and place a pole there that Verizon would install a 5G cell radio transmission unit in the utility easement.

The seventy-one-year-old attorney identified in the complaint that on March 30, a crew from Verizon’s installation subcontractor showed up, accompanied by a uniformed officer from the Fulton County Sheriff’s Department.

Kaspers said the officer’s attendance  was “presumably to provide the appearance that the Verizon installation contractor was in the Derby Hills residential subdivision pursuant to and under the color of the law.”

Kaspers then called City Attorney Daniel Lee and said that the contractor “appeared to be bringing the threat of contracting Covid-19 to Plaintiff, Plaintiffs spouse, and the rest of the Derby Hills residential neighborhood.

Lee, according to Kaspers, sent a representative from the city’s health department who ordered the crew to “cease and desist” and to leave the neighborhood.

A representative of the contracting crew said they had no intention of discontinuing their activities, but did, stating that it would only be temporary and they would return.

To prevent that from occurring Kaspers filed the lawsuit that last week alleging unlawful trespass and resulting property devaluation, unlawful taking of property and of the joy and benefits of homeownership, fraud and intentional infliction of emotional distress.

According to Zillow.com’s evaluation service, according to the complaint, every one of the 110 residences in Derby Hills has a current market value in excess of $375,000.

Kaspers’ 3-bedroom, 3-bath 2,600 square-foot home has an approximate value of $541,000.
According to Kaspers, Verizon’s website “states absolutely nothing about the serious, toxic and potentially deadly health risks which necessarily follow the installation and subsequent use of a 5G cell unit in a populated area as a result of the high-frequency (28 and 39 GHz) millimeter waves which are transmitted from the 5G cell unit. According to a number of published reports following studies of the health effects of a 5G cell unit, the radiation from a 5G cell unit can cause cancer and other serious and potentially permanently debilitating health conditions in people of all ages. Indeed, there have been over one hundred studies, followed by over one hundred reports, relating to the serious and potentially deadly health risks to people who live near, or even just drive by, a 5G cell unit which is transmitting high-frequency radio waves.”

Kaspers said in the complaint that Verizon’s website says “nothing about any potential health risks associated with the installation and use of 5G cell units in a populated area.”