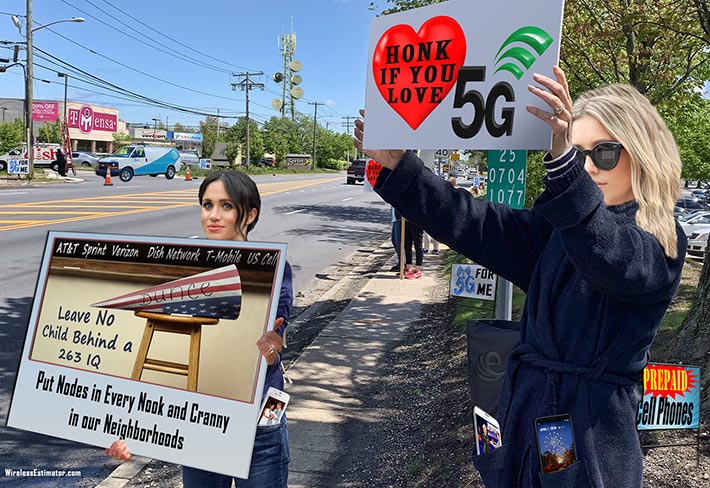 Residents of Parsons, Kansas, the childhood home of FCC Chairman Ajit Pai, have been protesting for the past nine days because there are not enough 5G cell sites in the community. Parsons was featured prominently in the plot of the 2018 Netflix movie Kodachrome, where a photojournalist went on a mission to document the construction of the community’s first cell tower behind Dwayne’s Photo. ENLARGE 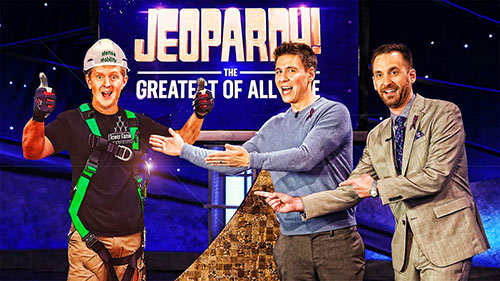 After tower tech Emmett T. Wittlinger, left, won the Jeopardy Greatest of All Time title in January, CTIA-funded researchers discovered startling peer-reviewed proof that his IQ, currently at 263, kept on increasing each week that he worked around cell towers, only dropping marginally when his employer was red-flagged by compliance firm Avetta, halting work for six weeks after algorithms found that a sentence in their safety manual ended in a preposition. (ENLARGE)

CTIA President and CEO Meredith Attwell Baker is being heralded throughout the world for her courage in funding a multi-million-dollar, multi-nation study of 5G and in the process, the peer-reviewed report found that it actually increased the IQ of individuals living and working around cell sites by realigning monoamine neurons in the brain.

Over 800 people ranging in ages 6 through 72 were tested and the minimum IQ increase was found to be 8.7%.

Inactive placebo towers built by DISH networks in advance of the delayed T-Mobile/Sprint merger that is expected to close today were used in the study.

The first woman to head the CTIA was the first person who was intrigued by tower tech Emmet T. Wittlinger’s ability to quickly trounce his opponents last January and win Jeopardy’s Greatest of All Time title. She said that he was one of the unsung heroes building out broadband and perhaps one of the smartest individuals she’s ever met. 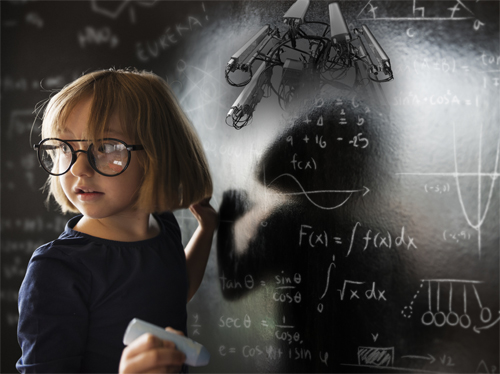 Six-year-old Melissa Singlevitch plays soccer once a week in South Jersey where there is a cell tower in a cranberry bog a mile away. Her IQ has steadily increased to 274 and she has invented a new DNA sequencing technique using H+ ion fluxes in an Etch A Sketch instead of aluminum powder.

“Trebek [Alex, host of Jeopardy] told me that during one commercial break Emmet did 120-plus closeout documents and designed a new spectrum sharing antenna for CommScope,” Baker informed the Houston Chronicle.

“We later contacted Emmet and that’s when we found out when he first started working as a green bean 11 months ago he thought a butterfly hanger kit was a cruel device used to mount Monarchs, but after building out 5G networks he was amazed at the breadth of knowledge that he obtained about everything, including his ability to invent new standards-based commercial broadband wireless technologies,” Baker, a former FCC Commissioner, said.

The ability of 5G to increase intelligence quotients has been a boon for wireless siting professionals who zip through zoning and planning hearings quicker than Grant took Richmond.

Towercos’ profits have tripled since landowners, knowing that a cell tower will increase the value of their property, are willing to provide rent free compounds for existing structures and will consider paying monthly fees to the tower company if they threaten to move their structure elsewhere.

Editor’s Note:
In a world turned upside down by COVID-19, Google said yesterday it would forgo its annual ritual of sharing April Fools’ Day jokes across the company’s pious platforms. We’re not tone-deaf and insensitive but believe that laughter can be a helpful remedy. It connects people emotionally and allows us to tolerate discomfort. It doesn’t fray nerves but can calm them. Humor can be a great safety valve during these trying times we are all trying to navigate through. Wireless Estimator hopes that we’ve provided you with a mild smile as we all continue to tackle the serious tasks before us to maintain the nation’s critical communications infrastructure as we also care for our family, friends, and co-workers. We will continue to provide the most up-to-date, accurate information regarding COVID-19 and that’s our greater cause. Hopefully, this article provided a short rest stop along the long road ahead for all of us.