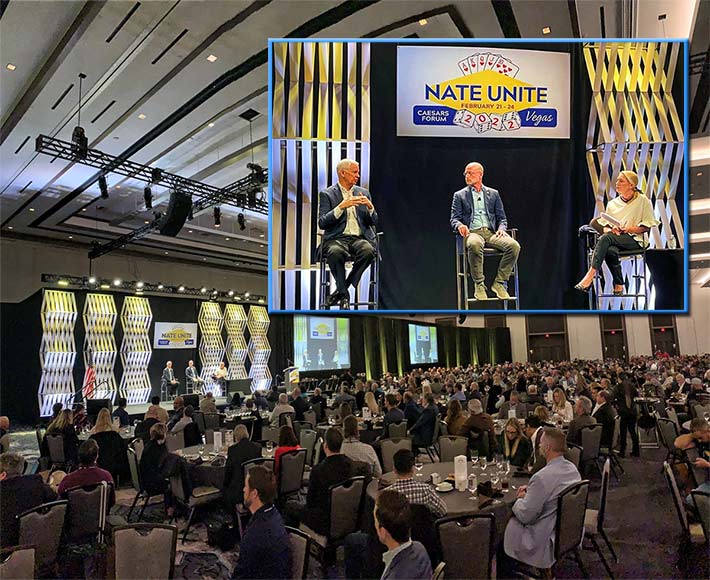 Recalling the NATE 2020 conference in Raleigh, NC, Ergen said, “We hadn’t built a tower yet, and two years later we’ve made a tremendous amount of progress.  In Las Vegas itself we have 148 towers.  The city is pretty-well covered today.” 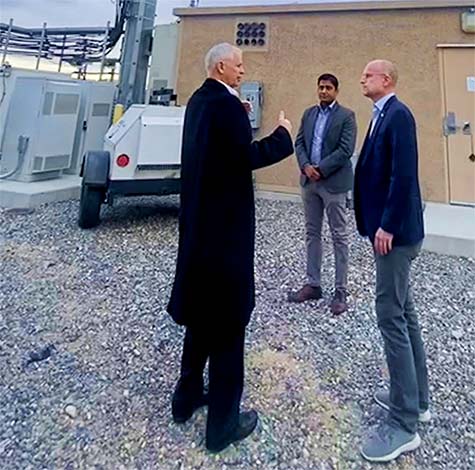 However, he noted they still can’t commercial launch, but “this isn’t something that’s going to take a lot of months.”

“We still have to get E911, which has turned out to be harder than we thought. We have a commitment to the FCC that we’re going to have 20% of the population deployed by June of this year, and we’re on track to do that,” Ergen said in a keynote address with FCC Commissioner Brendan Carr that was moderated by Greenhill & Co. North American Telecom and Digital Infrastructure Director Jennifer Fritzsche.

“I’ve had a few days in my life that I’ll always remember. One was last night, 2/22/22.  I actually got to experience the network in operation that really is different. This is technology that isn’t being done in Singapore or Japan, Korea or even China. This is bringing back U.S. Leadership,” Ergen said.

Ergen said that he was proud of tower technicians.

“So, when you climb that tower and you’re putting Dish on there, pay a little extra attention to it because you’re helping to build something special.”

Identifying that the Dish footprint is easier than other carrier installations, Ergen jokingly said, “All of you guys realize how simple it is and how much less we should be paying you because it is simple.”

If Verizon Chairman Hans Vestberg  or T-Mobile Chairman Timotheus Höttges made a similar comment, it would probably have been met with a collective groan since contractors are frequently vocal about those carriers’ untenable reduced matrix pricing in a time of high inflation and rising overhead.

However, approximately 1,000 luncheon guests took it good naturedly since it is obvious that Dish is actively courting contractors to assist them with their build and the carrier has been addressing some pricing issues.

In addition, Dish sponsored the luncheon and had a large contingent of employees at the show addressing contractors’ questions and assisting in their requests to become qualified as subcontractors.

Ergen said his network will be completely unique in the world in that it will exclusively use 5G, it will run in the cloud, it will be based on an O-RAN network architecture, and that it will use Voice over NR technology.

Ergen also discussed concerns regarding cloud computing companies like Amazon and Microsoft who are increasingly encroaching on the network operator market. “It’s certainly potentially a threat,” he said, but he believes that eventually these cloud providers will be clients to Dish because they will at some point need licensed spectrum.