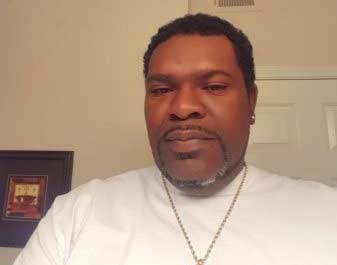 Seales, 36, passed away on June 11 when the company vehicle he was a passenger in crashed into another vehicle that was towing a semi-trailer on I-10 in Hudspeth County, Tex.

After an article was published on June 15 that his wife, Tonya, was struggling to bring him home for burial due to his employer not offering assistance, Dr. Bridgette Hester of the Hubble Foundation posted on Facebook that she had contacted Tonya and would take care of transporting her husband’s body home.

After reading some Facebook comments, Seales’ employer contacted Hester and said that there had been a miscommunication with Tonya and they thought that she was handling the transport.

They said that they would reimburse the Hubble Foundation for its expenses and make an additional contribution to the organization, according to Hester.

The Hubble Foundation was founded after Hester’s husband, Jonce Hubble, passed away in an accident in 2010.

Recently, the Pennsylvania Wireless Association donated $12,000 to the non-profit foundation.

Also, after learning of Tonya’s plight following the article’s publication, the Tower Family Foundation sprang into action and provided her with immediate assistance to help with her family’s financial needs.

The charitable foundation was established to help provide “financial assistance to family members of a severely injured, permanently disabled, or deceased tower worker injured or killed in an accident stemming from working at heights on communication structures or other on the job related activities that tower workers are involved in on a daily basis.”

Since Seales was on the clock while traveling in between markets as a member of a tiger team when he died, according to a representative of his employer, the incident met the requirements for assistance.

Since its founding, the Family Tower Foundation has assisted numerous industry workers and their families.

Tonya, overwhelmed by both foundations’ generosity and caring, said, “I can’t thank them enough and I’m so very grateful to both of them for all they did,” as she was attending to arrangements for the services. “They were so wonderful.”