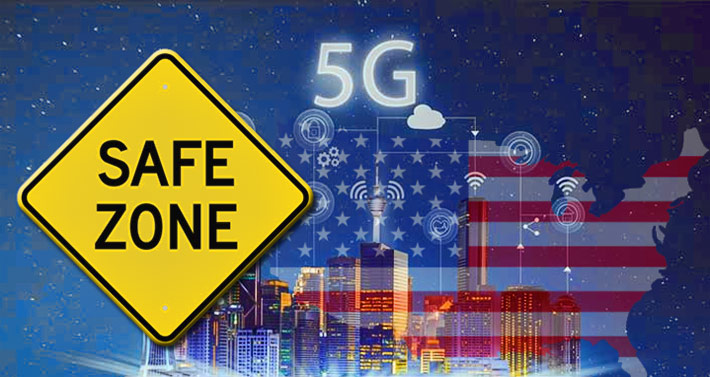 FCC officials emphasized that the higher-frequency signals used to deliver 5G poses no health risk, and that the existing RF exposure guidelines are still applicable to 5G, regardless of the spectrum band used to deliver the service.

The FCC has restated its conviction that 5G does not pose a health risk in America and it will not change its existing RF exposure limits, emphasizing that such limits are already among the safest in the world.

“The available scientific evidence to date does not support adverse health effects in humans due to exposures at or under the current limits,” Jeffrey Shuren, director of the Food and Drug Administration’s Center for Devices and Radiological Health, wrote to the FCC, stating that “No changes to the current standards are warranted at this time.”

In a proposal to maintain the country’s existing RF standards, FCC Chairman Ajit Pai said in a statement yesterday that the FCC will be seeking comments on establishing rules formalizing its existing methods of determining compliance with the RF exposure standard for high-frequency devices.

FCC officials explained that the existing RF limits apply to phones and other devices, as well as macro cell towers and small cells.

They also said during a press briefing that scientific evidence indicates that 5G is no different from 4G or 3G in terms of causing cancer or other illnesses. They emphasized that the higher-frequency signals used to deliver 5G poses no health risk, and that the existing RF exposure guidelines are still applicable to 5G, regardless of the spectrum band used to deliver the service.

Wireless Estimator has published numerous articles regarding RF misinformation, the most current one highlighting an article from The New York Times that debunked many claims regarding 5G exposure concerns.

“The FCC sets radiofrequency limits in close consultation with the FDA and other health agencies. After a thorough review of the record and consultation with these agencies, we find it appropriate to maintain the existing radiofrequency limits, which are among the most stringent in the world for cell phones,” said Julius Knapp, chief of the FCC’s Office of Engineering and Technology.