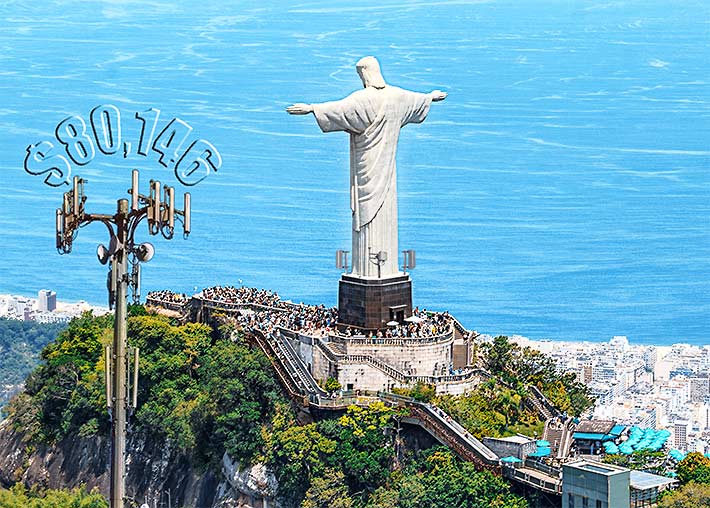 For many years, both SBA Communications and American Tower Corp.  have eyed Brazil as an excellent country to buy and build wireless infrastructure to serve the world’s fifth-largest country with 210 million people.

Although American Tower didn’t identify the amount paid to Vivo, a year earlier they bought 666 towers in Brazil from Site Sharing NE for what is still viewed as an extraordinarily high price of $878,378 per site in the $585 Million deal that one short-seller labeled as ‘fraudulent’.

So, when Vivo was ready to unload 1,909 more Brazilian sites, it would be expected that the average price would be more than $325,000.

On November 29, 2019, they announced that the structures went to tower consolidator Telxius, bringing their portfolio to 3,850 sites in Brazil for $153 million, at an extraordinarily low price of $80,146 per structure. Telxius owns a global tower count of 20,000.

So, why did Telefonica sell their structures to Telxius at bargain basement pricing, and not to American Tower or SBA?

The previous day Telefonica unveiled its plan to be both companies’ key competitor by establishing an infrastructure company that currently owns 50.01 % of Telxius.

Telxius has a pipeline of over 1,000 new towers commissioned by 13 different clients in the six markets where the company currently operates, providing a sustainable growth profile for the coming years, the company said in a statement.

Mario Martín, CEO of Telxius, said the Telefonica transaction complements their recent reinforcement of their leadership position in Spain and Peru and the strengthening of their operations in Chile.

“The quality of the acquired assets, with a high presence in São Paulo and Rio de Janeiro, and the resulting size of our operations in the market, provides us with an excellent platform in Brazil, a market which presents one of the highest growth expectations in telecommunications infrastructure globally. This transaction complements our recent reinforcement of our leadership position in Spain and Peru and the strengthening of our operations in Chile, all executed this year,” said Martin.