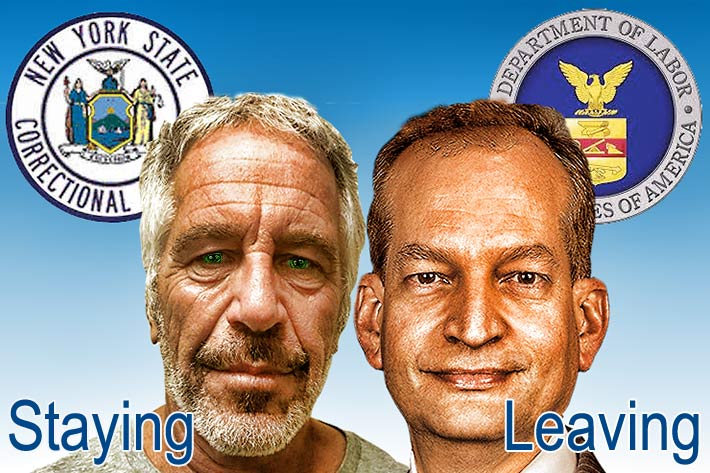 Convicted pedophile Jeffrey Epstein is remaining in jail until his bail hearing. Secretary of Labor Alex Acosta is leaving this week.

Epstein, 66, was arrested last weekend and charged in the Southern District of New York with sex trafficking of young girls. A judge has postponed his decision as to Epstein’s bail and the financier is currently staying in jail.

Acosta’s resignation could possibly have OSHA consider not moving forward with the pre-rule stage for a communication tower safety rule that has been in the works since 2015 when OSHA laid the groundwork with 38 questions it was asking the industry.

However, when Donald Trump was elected President, it wasn’t a top priority for OSHA since the President wanted to have less regulations, and the National Association of Tower Erectors (NATE) possibly held it in abeyance for a short time after they met with high-ranking OSHA officials, imploring them to adopt ANSI/ASSE A1048 and TIA 322 in lieu of providing an additional regulation that was developed without industry stakeholders’ expertise.

The Department of Labor in its Spring 2019 Agency Rule List, kicked it up a notch by placing it in a Pre-rule Stage which will allow OSHA to determine whether the benefits of the rule would justify its costs.

But industry and safety executives are hoping that Acosta’s resignation will finally kick it to the curb and not be advanced to the proposed rule stage.

President Trump has tapped Deputy Labor Secretary Patrick Pizella to take charge of the agency, but it’s unlikely that OSHA will move forward with any new rule-making in the near future.

“I’m hoping that OSHA has had the opportunity to review A1048 and TIA 322; we’ve been working on them for years and it will be easier for them to adopt it,” said a safety professional who was instrumental in shepherding both standards.

As much as he said he abhorred pedophilia, one industry observer said, “We’ll take help anywhere we can get it.”