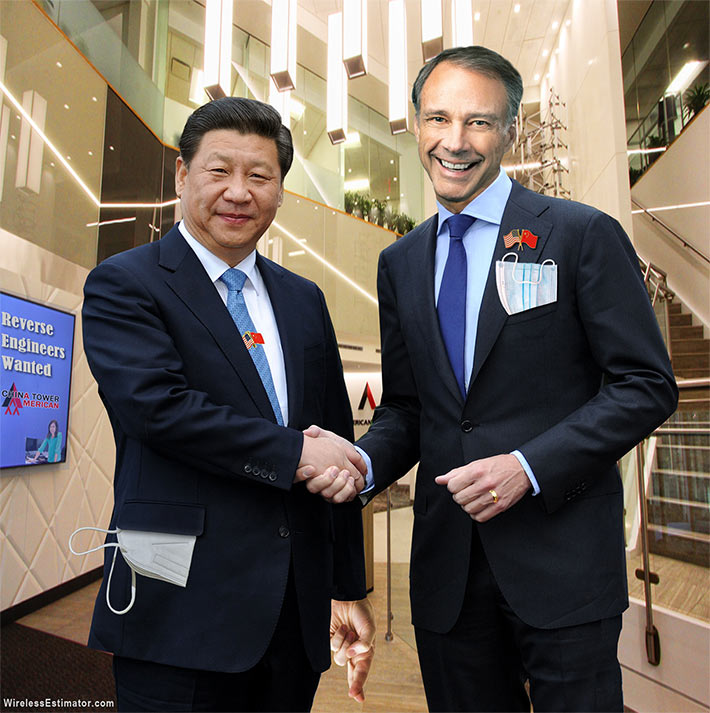 Boston-based American Tower Corp. (ATC) is close to inking an agreement to buy China Tower Corp. Ltd. for $17.4 billion, a huge deal that will see ATC acquiring China Tower’s  2.2 million towers, expanding ATC’s 186,000 worldwide towers by 1,100 percent, according to a Forbes report today. The well-kept secret took the industry by surprise, and analysts are still trying to assess the limited details. 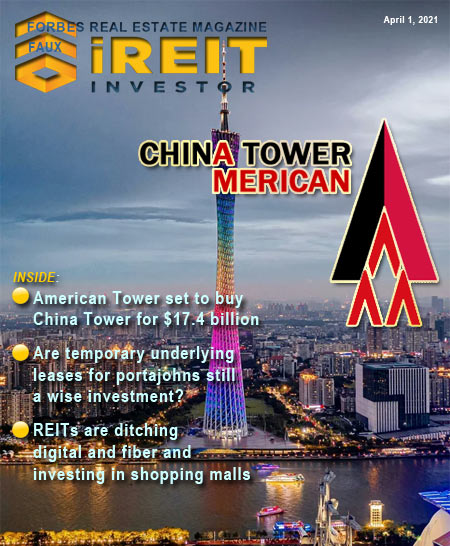 The floated agreement pales in multiples compared to ATC’s most recent acquisition in the U.S. of InSite Wireless that closed last December for $3.5 billion for 1,600 towers in the U.S. and Canada and 70 DAS networks.

Each tower was valued at approximately $1.6 million, whereas China Tower offers its portfolio at $8,000 per tower.

The article said that the lower price was possibly due to a 1.5 tenancy rate on the towers and China Telecom, China Mobile, and China Unicom, the three national network carriers that formed the state-owned China Tower, not being happy with the stock’s current price on the Hong Kong Exchange of (U.S.) $0.14 today from when it started trading two years ago at $.90.

According to the Forbes article, the secret sauce that ATC wants to acquire is how China Tower was able to build 29,000 towers last year and easily get permits with a phone call within weeks if needed.

Stipulations could squelch the deal

China Tower is reportedly still negotiating a few ATC demands that could kill the acquisition.

Upon pressure by the U.S. Department of State, ATC requires China Tower to pick up the $1.6 billion tab to rip and replace Huawei and ZTE equipment for the nation’s rural carriers and not sell any of the state-owned companies’ equipment in the 21 other international markets where ATC owns structures.

Lease payments must be made 17 months in advance and be in U.S. dollars from the three carriers who must set up a secret payment structure from a U.S. division to maintain ATC’s financing covenants.

Also, all new towers to be built in China must be fabricated using U.S. tower companies. The steel must be from Pennsylvania or any other Democratic state with steel production.

And what days is April 1?

In a world still turned upside down by COVID-19, Google said  it would forgo its annual ritual of sharing April Fools’ Day jokes across the company’s pious platforms for the second year in a row. Most brands gave 2020 a pass but many are back this year. We’re not tone-deaf and insensitive but believe that laughter can be a helpful remedy. Humor can be a great safety valve during these trying times that are thankfully improving. Wireless Estimator hopes that we’ve provided you with a mild smile with our seventh year of celebrating April Fools’ Day.

From monopoles to barber poles, NWSA adds a new certification to buoy lack of broadband funding